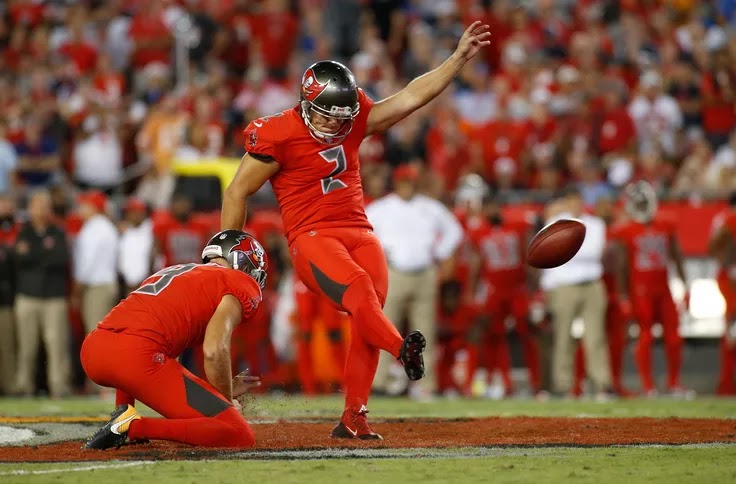 The Patriots search for a kicker continues, as it was announced earlier today that the team will be moving on from kicker Mike Nugent. Nugent had some struggles as a Patriot, but missing two field goals against the Browns on Sunday was likely the last straw. A few hours after his release, Ian Rapoport reported that former Buccaneers kicker Nick Folk was on his way to New England.

The #Patriots are signing free agent K Nick Folk, source said. Most recently, he held the AAF record for longest field goal at 55 yards. He’s also played for the #Bucs, #Jets and #Cowboys.

Don't remember Nick Folk? Well here's a refresher for you. Remember all the way back in 2017 down in Tampa Bay where the Patriots escaped with an ugly Thursday night win? Well that was on the back of three missed field goals by the man himself, Nick Folk. Maybe he was just having a bad night or whatever, but like it or not, this man is your kicker. Where are all my Gostowski haters now?