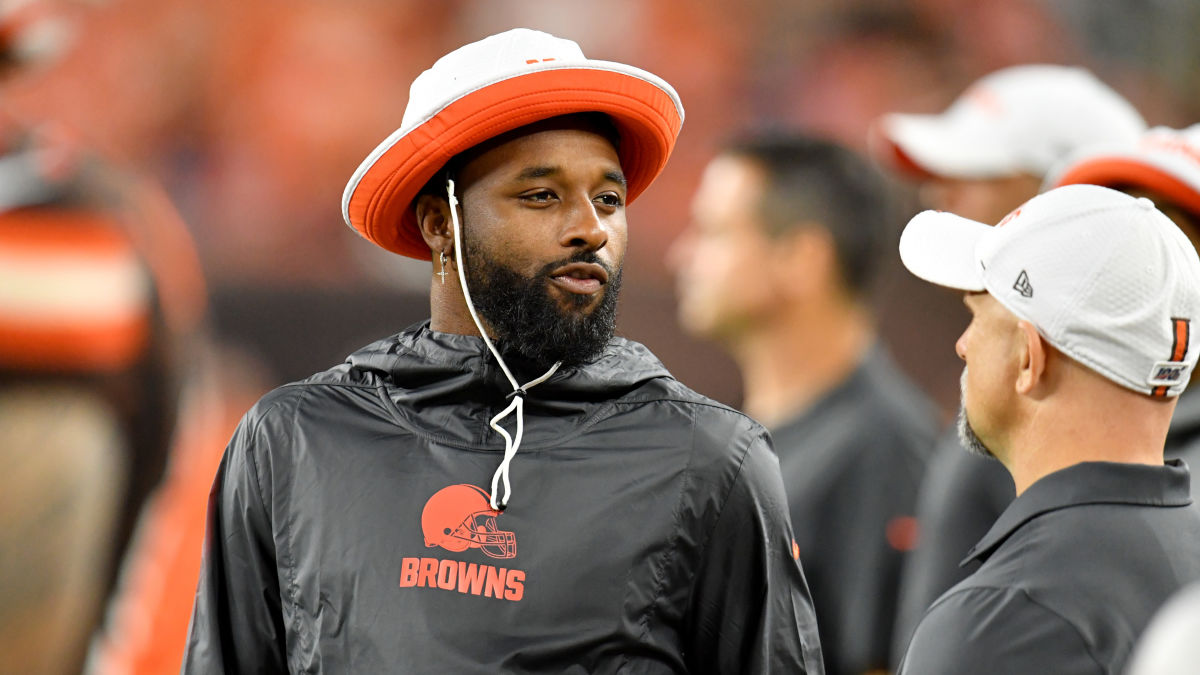 I really have no idea why these dudes keep going public with this stuff. With the Browns coming into town this Sunday, star wideout Jarvis Landry had this to say about the game.

Look I get it, no team is just going to roll into Foxborough and be like "ah man its the Pats, guess we're just gonna roll over on this one". No absolutely not. However, when you decide to go public with this, you better expect some backlash from the best defense in the league.

The Patriots strive on bulletin board material and this about as blatant as it can get. Landry later made a change to his statement and said that they were "going to Foxborough to win", but the damage was done.

Bill Belichick took the guaranteed win to his players and Kyle Van Noy found out through the media. When asked about Landry's guarantee, with a smile on his face, Van Noy was short and sweet with an answer, "Oh he did? Nice."

Sam Darnold was the last guy to fuel the fire for the defense and he's now seeing ghosts, so pray for the Browns offense.