X's and O's: Patriots at Redskins 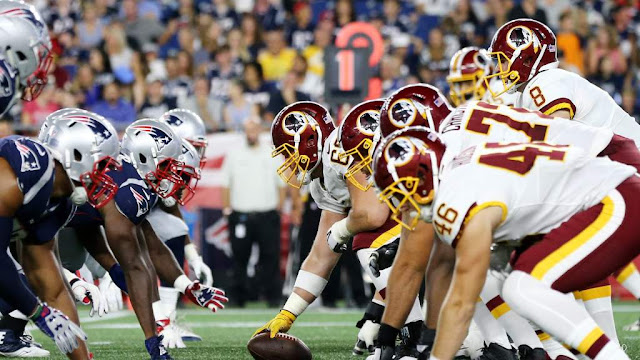 The Patriots kick off their week five game against the Redskins this week. The 0-4 Redskins have been pretty miserable. They've already switched between a few quarterbacks, and have decided to start Colt McCoy

The Patriots will want to give them different sets at the line of scrimmage. Line up with a running back in the backfield, as a wideout, or put him in the slot. For example, the Patriots could run a play where James White is lined up out wide, Edelman in in the slot, Gordon is on the other side of the field, and their tight-end in just off the offensive tackle on the line. From that point White could run a smash concept with Edelman, the TE could run an in route and Gordon could run a vertical as well to clear out the CB and safety.

I think that the Pats should bounce back a lot better this week. The Pats were penalized, last week, a lot more than usual. I expect the Pats to beat up on the Redskins. I think Gordon will have a better week. I expect him to have five or six receptions and possibly have a touchdown. I think White will have a TD, Rex Burkhead will have one, Dorsett will find the end zone again as well. I predict the game to be 28-7.