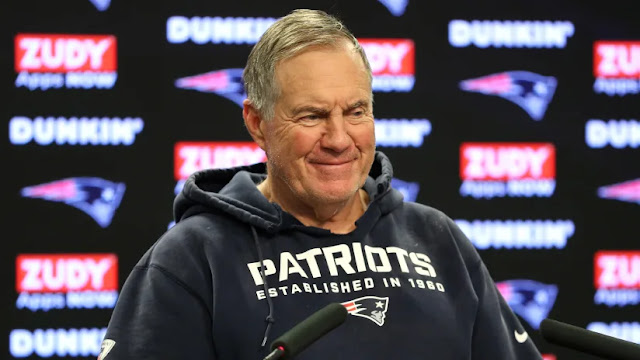 It's not often that you can get Bill Belichick to troll anyone. Everyone knows he's a no nonsense kind of guy. But when it comes to Lane Johnson, all of that pretty much goes out the window.

Belichick ended his post-game press conference last night by taking a shot at the boisterous Eagles' offensive linemen, who left the Patriots' 17-10 victory over Philly in the second quarter with a head injury and never came back.

“It looked like everyone had fun out there and we played with a lot of good energy,” Belichick said Sunday night.


Obviously Super Bowl LII still sticks in Belichick's craw a bit and even though no one with the Patriots will ever admit it, they definitely wanted to win this one just a little more because of that.

If you're somehow unaware, the "fun" comment is a reference to Johnson calling the Patriots a fear-based organization and accusing them of not having fun leading up to the February 2018 match up.

Like Belichick, I also had fun watching the Patriots win a game in my hometown and sending those dumbass Eagles fans home miserable.