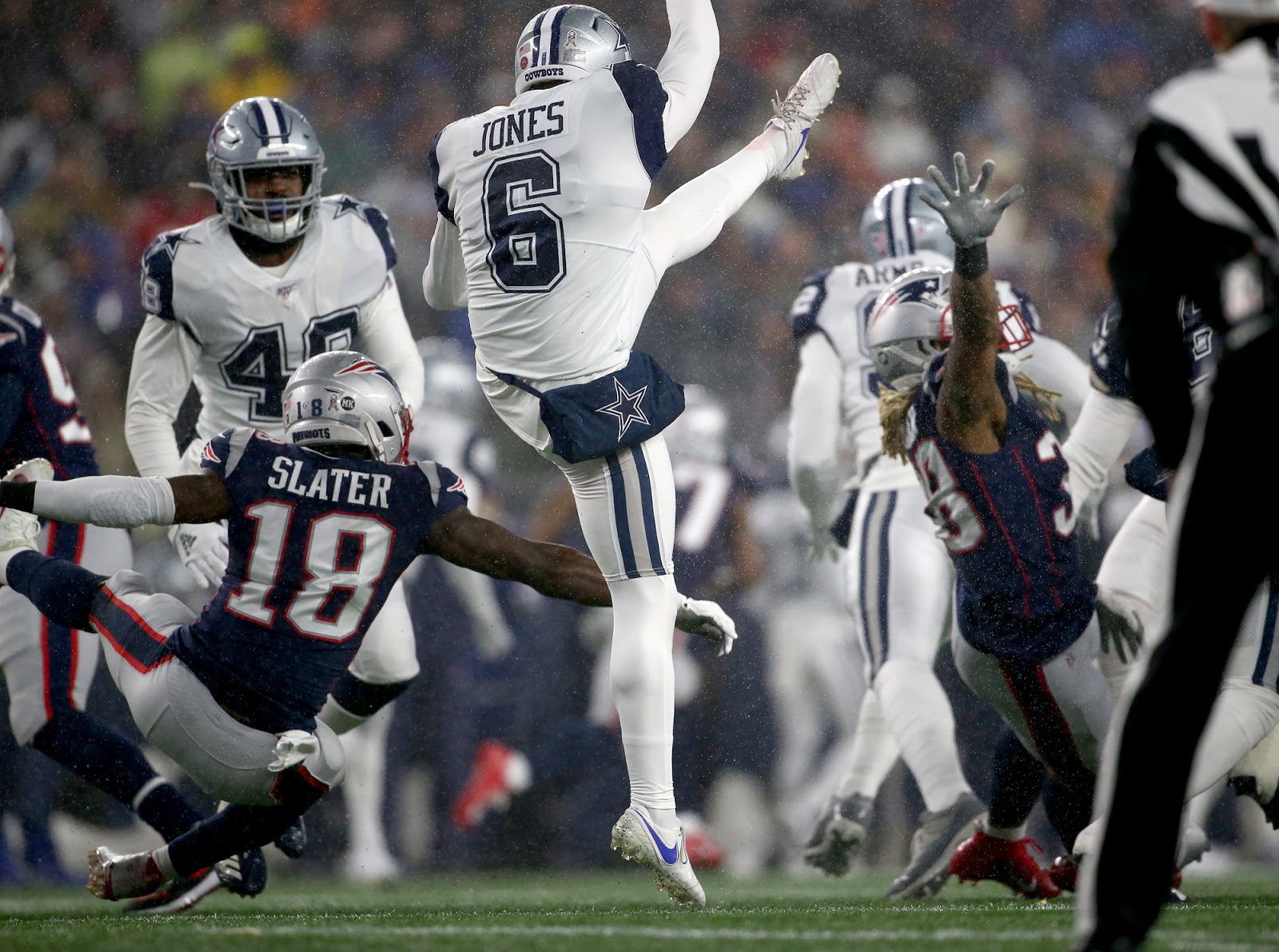 There you have it We Dem Boyz nation, you won on Sunday. Your high-powered offense that put up a daunting 9 points lost because of two tripping calls, ones that the league has since said were incorrect to make.

Some background for you: with time running out and the Cowboys needing a score, Ezekiel Elliot was able to convert on a 3&1 to move the chains, but it was called back due to a tripping call. There was also a tripping call on the drive that ended with the Slater blocked punt in the first quarter.

The argument is that without those calls, the Cowboys could've put up maybe 15 points instead of 9, but hey it was raining out there. Yes I am being very hard on the Cowboys, but I am just sick of teams complaining after a loss because of one or two bad calls. If their offense is so good, why did they only put up 9 points when they ran several plays after the fact?

Anyway, there are 60 minutes of game time every week, so if you have to complain about two calls being the difference maker then so be it. Your complaints worked out and the league said those were bad calls, but you still sti at 6-5. Onward we go.