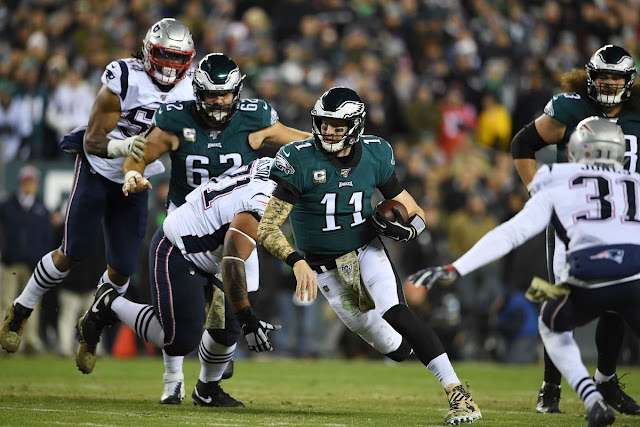 Coming back from their bye-week, the Patriots went into Philadelphia and pulled out a victory. Down 10-0 after an early score for the Eagles in the second quarter, the Patriots scored 17 unanswered points and didn't allow the Eagles to score again in the rest of the game. The Patriots went on to win the game 17-10. The Patriots defense looked really good tonight. There were a few drives that they struggled a little bit, however for the most part they looked pretty good.

Overall, the Patriot played a poor first quarter. Other than that they looked good. Sure the offense is struggling, but the Pats are still finding ways to win. All that matters is that the road to the Super Bowl goes through Foxboro. The Pats are now 9-1 and and will play the Cowboys next week.