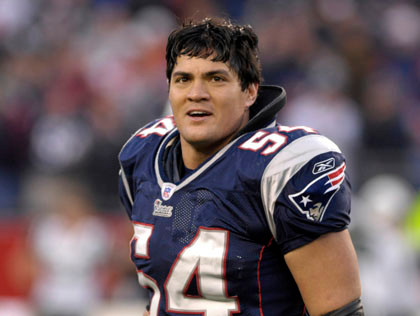 While losing certainly sucks and when you add on daylight savings to post-defeat Monday, it's hard not to feel upset. The very least we can do is look at the positives, because when you lose heading into the bye-week, all anyone is gonna talk about is losing, so here we go.

The Pats are almost destined to drop a few bad games during the season which opens up the yearly "now THIS is finally the year the Pats are done talk", but I don't really hold this loss as that significant. Naturally you probably won't take my word too seriously, so here's someone in which you probably will:

To beat this Raven team in the playoffs, this almost had to happen.

See? Falling to a dreadful 8-1 record is not all that bad. I'm always going to pick the Pats going into a game, but a loss to the Ravens was not shocking. Lamar Jackson is probably the most unique quarterback the league has, so needless to say he is very difficult to gameplan for. The Ravens were also coming off their own bye, so they had much more time to prepare. I'm not trying to make excuses for the loss, I'm just saying it wasn't very surprising.

Referring back to Bruschi's point, the Pats have always taken lessons from past matchups with teams to plan for the event that they face the same team in the playoffs (last years Chiefs for example). Barring injury, I can't imagine a scenario where the Ravens don't make the playoffs, so it comes down to if the Pats have a better record which would allow them to play at Gillette. So in this hypothetical, in order to beat the Ravens in the playoffs, losing to them at week 9 allows the Patriots to learn from their mistakes and have a better plan in place the second time around.

I know this is all way down the road, but its already dark outside and I have post loss depression so I need to look forward to something.