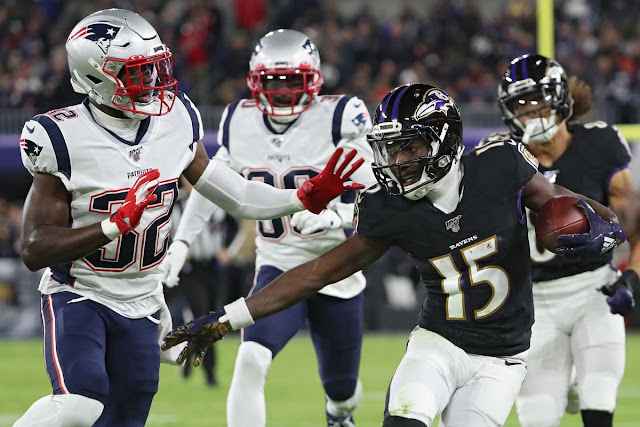 Well I am sad to tell all of you the Patriots undefeated season is officially over. The Patriots played the Ravens on Sunday Night Football and realistically didn't look very good at all. The Patriots lost to the Ravens 37-20. The Patriots were penalized in key spots that cost them the game. Needless to say that's not the Patriot way. Lamar Jackson and Mark Ingram killed the Pats defense tonight with their running. As far as Lamar Jackson's throwing goes, he had a good night. He didn't put up a lot of stats but was pretty good when it mattered.

In the grand scheme of things, I don't think this game means that much to be honest. The Ravens had two weeks to prepare for the Pats and the Patriots just played poorly. The Patriots have some offensive issues, there's no doubt about it. They aren't getting much rushing from Sony Michel. It's really evident that not having Gronk as a blocker this year has become a big deal. The Pats need to go into the bye-week and work on their flaws. Like I said, this loss isn't a huge deal but get ready for the world to burn tomorrow on the sports talk shows. I'm talking about you Nick Wright. So for now cue the Brady has fallen off of the cliff and the Pats aren't coming out of the first round of the playoffs. The Pats are 8-1 yet somehow they'll find a way to push those narratives.