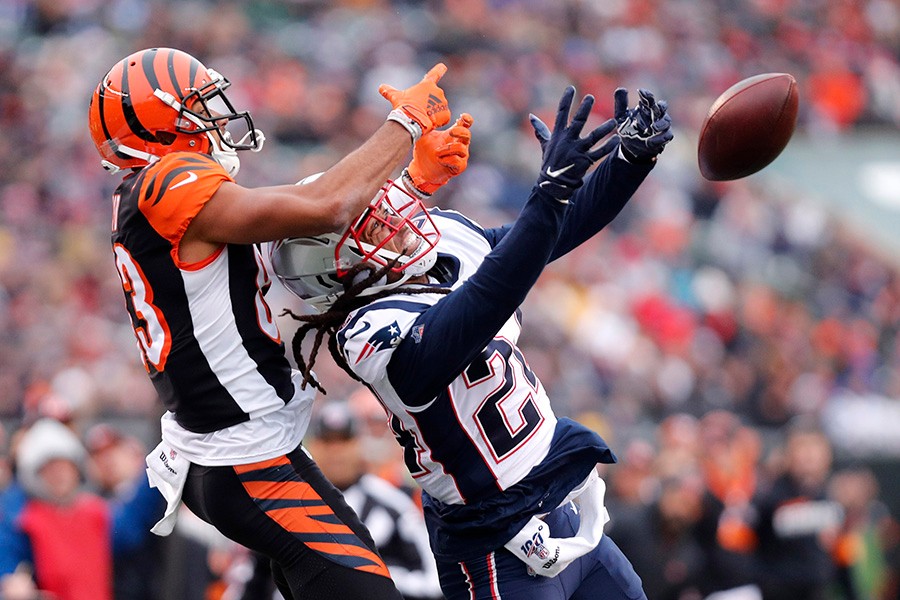 After another phenomenal defensive player of the year type game from Stephon Gilmore, Bengals Tyler Boyd was oddly talking trash about his big day. Boyd pulled in 3 catches off of 7 targets for a whopping 27 yards during his teams 34-13 loss on Sunday.

“It was just 1-on-1,” Boyd said, “I won the majority of the matchups. But the two plays he made were great plays.”

The two plays being referenced were Gilmore's interceptions, one of which was returned for six points. 2 of Boyd's 3 catches came when covered by Gilmore, the other targets were the 2 picks and 2 more pass breakups. I'm no expert here, but I think when you only catch 2 out of the 6 balls thrown your way in man coverage, that doesn't constitute as a win. Again, I'm not a numbers guy, but catching 2 out of the 6 gives you around a 33.333% (repeating of course) success rate, which I believe accounts to a failed class.

Look, after dropping to a 1-13 record I would be trying anything to keep myself sane so I get it. If claiming you won a matchup when the numbers show you didn't gets you through the day, then who am I to get in the way of that.