X's and O's: Patriots at Texans 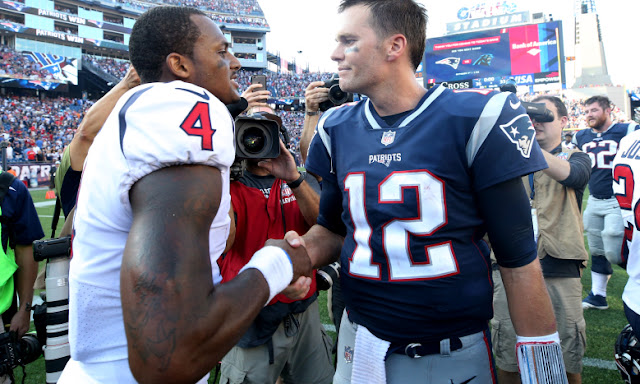 
The Patriots are featured on Sunday Night Football this week against the Texans. The Patriots are 10-1 and The Texans are 7-4. The Patriots welcome back two offensive weapons this week by adding Mohamed Sanu and Phillip Dorsett back into the lineup. THe Patriots once again didn't allow a touchdown last week, to the number one offense in the league, so it looks like they are getting back to the defense that we lost for a few weeks.

The Texans run a cover-1 defense. A cover-1 defense is a man to man scheme where the cornerbacks cover the receiver in front of them and a high safety drops into a "deep third" zone for over the top help. A line backer normally covers the running back and the strong safety covers the tight-end.

The Patriots need to stick to their quick routes and use their speed with Sanu and Dorsett to draw the safety away from the play to create an openings in the middle of the field. Both Sanu and Dorsett have to have an impact when playing against the Texans. I also look top see the Pats use their run offense a little more than usual this week.

In the photo below you'll see a perfect smash concept that would provide many options versus a cover-1 scheme. Sanu would run the deep route and the free safety will likely follow. Once the safety follows you have two 5 yard slants to chose from or a crossing route on the backside. On the off chance that the safety doesn't follow Sanu, Ill take his chances one on one. 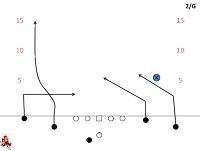