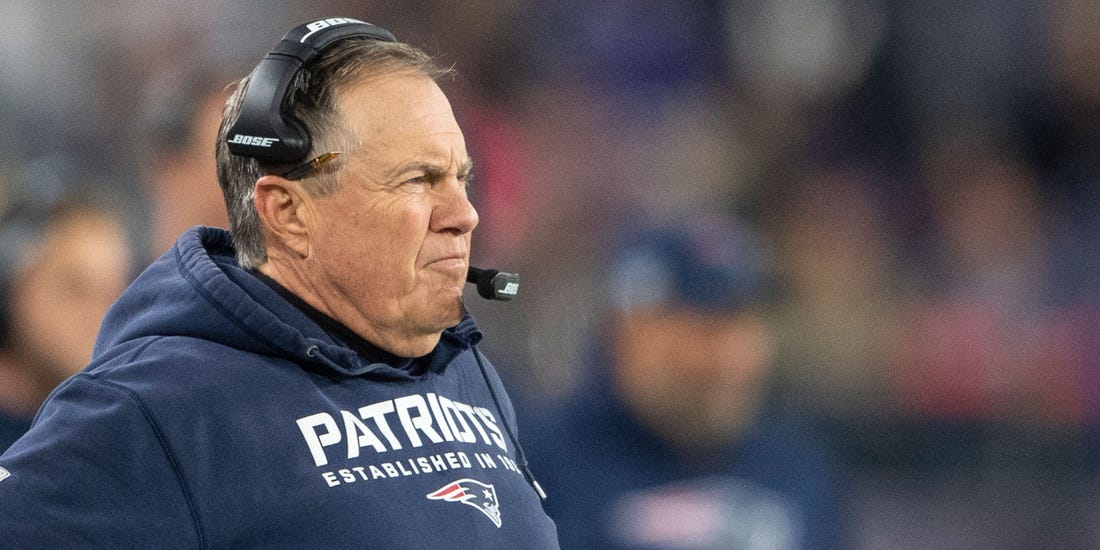 It's always fun to try and take a look inside the mind of the greats isn't it? Since we have all the time in world right now, lets rewind all the way back to 1991 and hop into the mind of Bill Belichick.

Former NFL scout and current analyst Daniel Jeremiah tweeted out some cool offensive scouting notes taken from Bill Belichick from his time with the Browns, and it is clear that Bill's philosophy on football has not changed too much.

I think you’ll enjoy this... We were given this handout during a scout school from my time with the Ravens. Coach Belichick has held true to almost all of this over the years. pic.twitter.com/pWB3oqo5JU

The notes seen here break down the different parts of the offense from the quarterback down to the offensive line. His overall scheme of the offense is the very same of what it is today: attack the middle of the field with a steady run game and quick throws over the middle (sound familiar?)

Moving to the tight end position, it shows that Gronk was really the perfect player to fit Bills mold in this position. According to Bill, a TE needs to be a catcher first and they can deal with whatever blocking ability he can bring. The TE 1 is more of a receiver while the 2 and 3 spots can be used more in the situational blocking plays. As for Gronk, his receiving abilities were off the charts, but he was without a doubt one of the best blockers in the league.

Belichick's description of the running back position seems to fit our current system down to a tee. "Tuff inside, has enough to bounce it outside and needs to be able to catch the ball-also need a situational 3rd down back."

The Pats have often used the big back up the middle (Sony, Blount etc.) and have shined in the 3rd down back who is often used more as a receiver (Faulk, Woodhead, White, Vereen).

As for his ideal quarterback, I don't think there is a better description for anyone else other than Tom Brady: "#1 is to make good decisions -- then arm, size, physically tough, leadership, guys look up to and have confidence in, a real competitor. Accurate rather than guy with a cannon. Emphasis on our game will be on decision, timing, accuracy -- guy needs to be confident, intelligence is important but not as much so as field awareness & judgment. Can't be sloppy fundamentally unsound guy with ball handling, [techniques] etc."

Although these notes were written almost 30 years ago, it is really cool to see how Belichick's philosophy hasn't changed too much over the years and with the right personnel, it can be quite effective.

Also these notes opened me up to my new favorite Bill quote when describing an offensive lineman: "Can use a slightly dumber guy who is a good athlete."