How the Patriots have committed themselves to N'Keal Harry 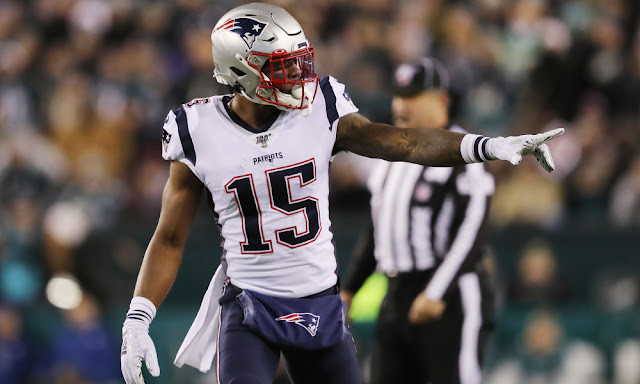 The Patriots are committing to N'Keal Harry. Last year, he was the Patriots first round pick but suffered an injury causing him to miss nine games last year. Despite the injury, Harry didn't have the rookie season expected of him. N’Keal Harry ended the regular season with a total to 105 yards and two touchdowns through seven games. Harry didn't live up to the hype in 2019, whether that was his injury lingering and effecting his play, not fully understanding the playbook, or just didn't preform well last year.

Harry is looking to have a better season this year as he enters into his second year. If Harry can remain healthy this season, he will have a big role in the receiving core. The Patriots receiving depth chart consists of Julian Edelman, Mohamed Sanu, Jakobi Meyers, and their newest free agent signing, Marqise Lee. The Patriots let Phillip Dorsett walk this offseason and didn't draft a receiver in this years draft. Bill Belichick spoke about not drafting a receiver this year.

“We’ll see how all that goes,” Belichick said. “I’m sure all our young players will improve in year two. Got a first-round pick on N’Keal last year, second-round pick on (Mohamed) Sanu. That was really off this draft. Obviously have Julian (Edelman) and a number of other young players. I think that will be a very good group. There’s a lot of different ways and times to build your team. The draft is one of them. As I mentioned, whether it’s Sanu or free agents signing like (Damiere) Byrd, whatever the case might be, there’s multiple ways to build your roster, and this is one of them.”

While everything I said above is true. It not too concerned about it. Yes, N'Keal Harry didn't impress fans as much as they hoped. Yes, Harry was injured for nine games. None of that matters however because he was a rookie. If Harry has a great year, this blog and everything I said becomes irrelevant. I really hope to see him break through this year. I hope that between Edelman, N'keal Harry, and Mohamed Sanu, Jared Stidham gets a fair shake with a good group of receivers.