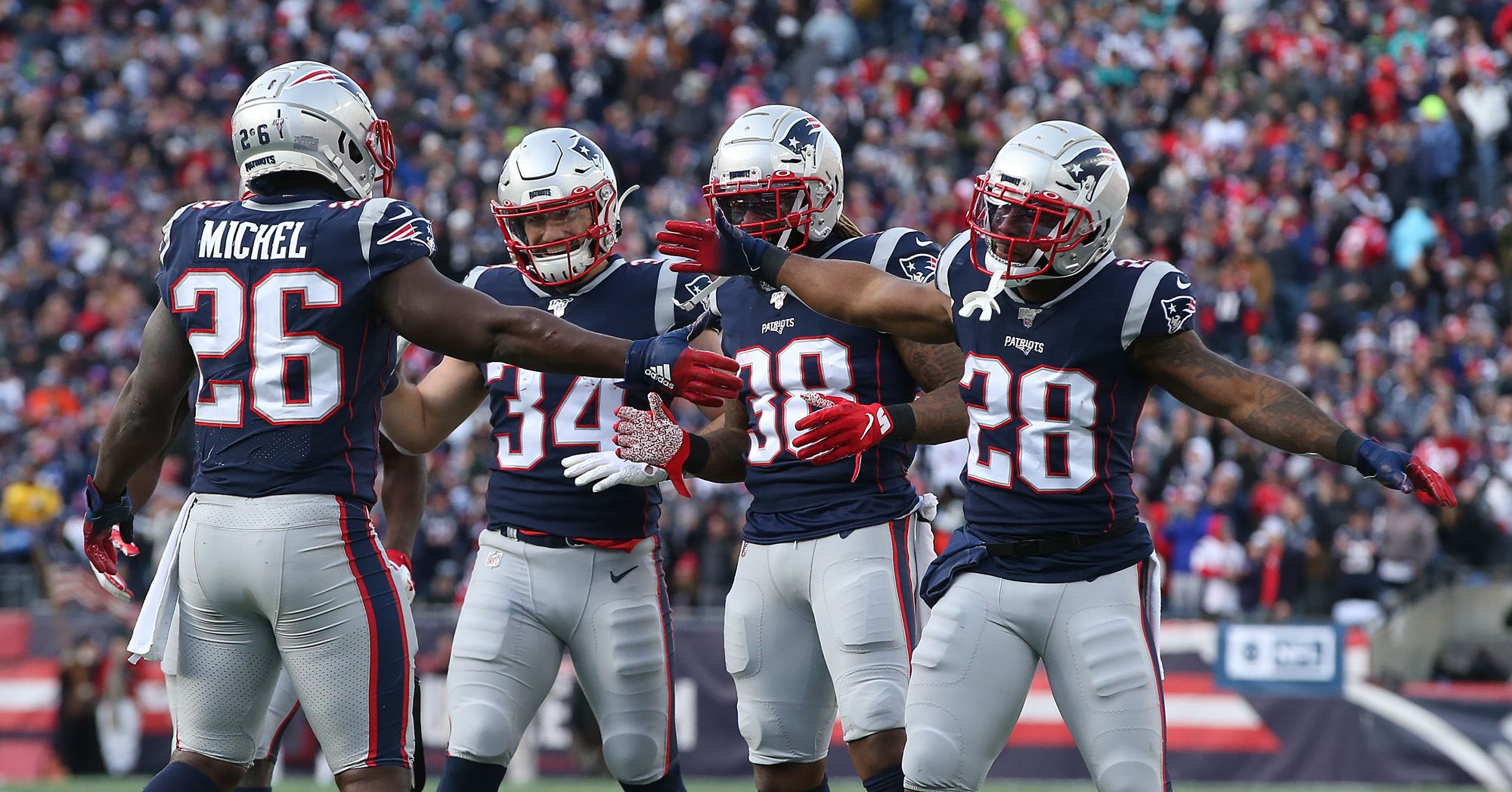 With the Patriots set to trot out an offense manned by a quarterback not named Tom Brady for the first time in 20 years this upcoming season, there is a lot of speculation that they could rely heavily on their run game and superb depth at the running back position.

First year starting quarterbacks do not usually have the highest expectations. As much as I believe in the Jarrett Stidham era, I don't think anybody believes he's going to go out there and be expected to sling the ball 30+ times a game.

Sony Michel is the feature back atop the depth chart. Michel had a superb rookie season where he led the team with 6 touchdowns in the playoffs, including the lone one in the Super Bowl. Michel struggled heavily his sophomore season. He has always had injury issues since high school as well. This upcoming season he is definitely viewed as a wild card.

Next in line is James White. White is an elite pass catching back, trailing only Christian McCaffrey in running back receptions the last 3 years. White is another Super Bowl hero, responsible for 14 points in Super Bowl LI. One of the longest tenured Patriots, his position is secure on this depth chart and will assume another large workload this season.

Rex Burkhead is a fan favorite. He's a shifty back but also packs a lot of power. He's usually overlooked, but he has had his share of huge games on this team as well, and has also been a hero in a number of playoff games. Although his last season was bleak and injury riddled, I believe he will have a significant role next season as a change of pace back.

The one player on this roster that is an enigma to me is Brandon  Bolden. He has been a Patriot for his entire 7 year career, mostly as a practice squad member. Mostly utilized on special teams, Brandon doesn't really bring much to the table. The Patriots have cut him half a dozen times over his tenure, but always bring him back. However, as I mentioned before, every time each running back gets the chance to play, they excel. Bolden played in limited fashion last year and somehow put together a 3 game touchdown streak.

Lastly, we have Damien Harris. Harris was a third round pick last season out of Alabama. Harris was scratched almost every game last season. I don't really know much about Harris or what he can bring to the table. What I do know is that Harris and Stidham used to be youth football teammates, and continued their friendship playing as SEC rivals. Maybe there might be some chemistry there, who knows.

Belichick's ability to use all 5 of these running backs to confuse the opponent on which one to gameplan for is next level elite. He's been doing it for years with guys like Dion Lewis, Shane Vereen, Stevan Ridley, LeGarette Blount, and even frickin Jonas Gray. Keeping the opponents on their toes and having them guessing which guy is coming in is one of the best strategies in the game.

Not to mention, having one of the best offensive lines in the league is definitely the most important and helpful asset. Left to right, the Pats undeniably have a top 5 offensive line. The return of David Andrews is going to help this new offense out so much.

The new look Patriots are definitely going to take some getting used to. Relying heavily on these 5 guys are gonna help win us a handful of games, and I'm extremely looking forward to seeing it.