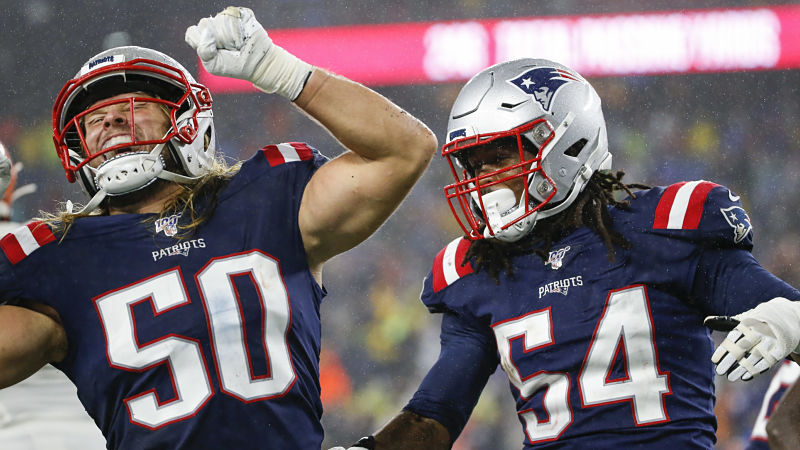 Welcome back ladies and gentlemen. Hope everyone is staying safe and hanging in there on this beautiful New England afternoon. As you can see by the title, we are back for part 2 of me attempting to guess the defensive starters for the 2020 season. (shameless plug for part 1 right here)


It's safe to say that the Patriot offense has the most intrigue coming into the 2020 season, as this is the most culture shock we've had on that side of the field since week one of the 2008 season. However, as the old saying goes: defense wins championships, and the 2020 New England Patriots could potentially have a pretty quick turnaround after losing several big names.

We'll begin with the front 7 of the defense that easily took the biggest blow in free agency, losing names like Kyle Van Noy, Jamie Collins, Elandon Roberts and Danny Shelton. The defensive line itself will be fairly similar to last year's team at the following positions:

Beau Allen and Nick Coe are the names you might not be as familiar with, as Allen was signed from Tampa Bay and Coe came in from the 2020 draft.

The linebackers suffered the most turnover from last year and while they do require the most work in getting up to speed, I firmly believe that this group has a very high ceiling of potential.


First off, you can see that I have second year edge Chase Winovich bouncing between the line and as an OLB. I feel that Chase will likely end up filling the role that Rob Ninkovich had where he can send pressure from the outside while also dropping back into coverage when necessary.

Ja'Whaun Bentley had himself a very promising rookie season until a torn pec knocked him out early. His production was a little down last year due to the names on the depth chart ahead of him, but I have a good feeling about his production and leadership abilities coming into his third year.

The other two spots are pretty self-explanatory with likely captain Dont'a Hightower and John Simon being a real anchor for that defense. One name I really want to highlight for this crew is rookie Josh Uche. Coming out of Michigan, Uche and Winovich were not only teammates together, but really wreaked some havoc on opposing QBs, so really look for a bright future for those two together.

Now we move on to the Patriots' secondary, which I feel is one of the best in the league.


The corners for the secondary are all returning from last season with the only change being Stephon Gilmore coming back with the Defensive Player of the Year trophy with him (no big deal). Jason McCourty had his player option picked up which played a huge role in getting Devin back, so look for them to have yet another solid year.

Jonathan Jones will use his speed to play some solid lock down in the slot and J.C. Jackson offers some of the most exciting play to the secondary as well, as he his poised to really make a big jump this season.

McCourty and Chung will be locking down the safety spots this year, but they have some additional help. The Pats brought in Adrian Phillips from the Chargers who has some serious pro bowl potential and Joejuan Williams who should see a serious uptick in play this season. The only real question mark is rookie Kyle Dugger, who's role is yet to be established.

All in all, the 2020 Patriots defense is lined up to be a very effective play making squad who can give an offense led by a young QB a lot of chances to make some magic happen on the field.

Stay safe out there and pray that we are able to have a football season!