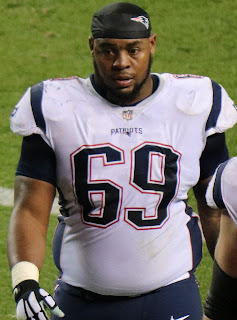 This morning, the New England Patriots have added 3 new players to the COVID19 injury reserve list. Sony Michel, Shaq Mason, and Derek Rivers will be away from the team for the time being now.
This is a huge blow to an already injury riddled Patriots roster. Mason hurts the most. Our best offensive linemen and arguably one of the best guards in the NFL. The Patriots are already without center David Andrews, who has a broken hand, and tackle Marcus Cannon, who opted out this season. Being below .500 already this early in the season, they cannot afford such a huge loss to an already depleted offensive line.
It showed yesterday, with the Denver Broncos tallying 4 sacks against the Pats beat up offensive line.
Coach Belichick has already done some shifting and moving around positions, but next week against the San Francisco 49ers is probably going to see the line shaken up even more.
That's a total of 6 Patriots members and staff who have contracted the virus since Cam Newton originally came down with it 2 weeks ago.
Let's hope and pray the number stops there, and the Patriots can finally get a full week of practice in and get completely healthy for the rest of the season.