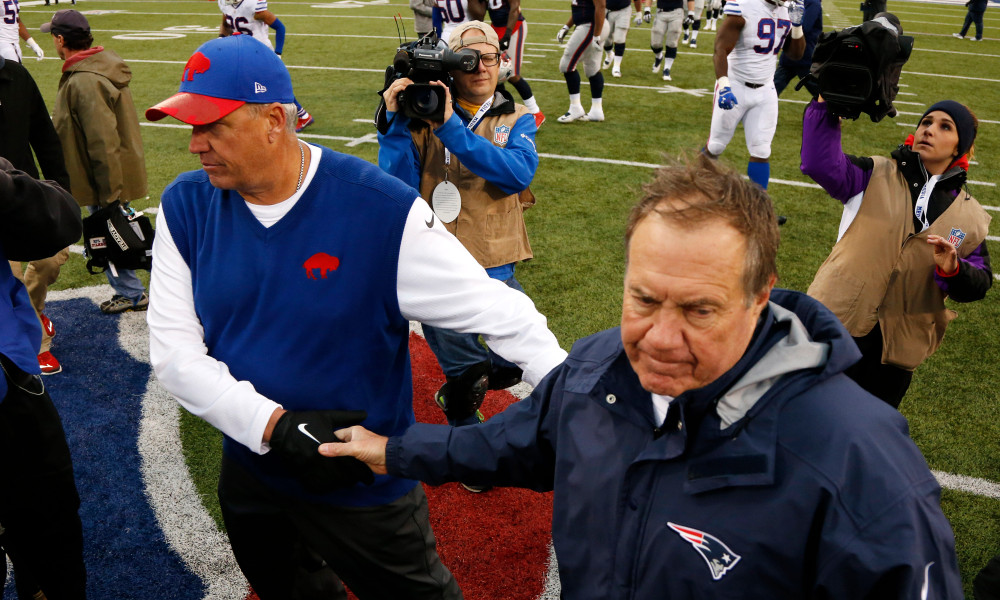 (Kevin Hoffman- USA Today Sports)
After the Patriots loss last Sunday against the Broncos, Rex Ryan had some choice words for his former rival team.
"Man oh man, this looks like a disaster to me," said Rex Ryan on ESPN's "Get Up!". Ryan went on to call the Patriots performance "Scary".
Ok Rex...
First off I'd like to state that I have a lot of respect for the guy. I mean, making an AFC Championship game with Mark Sanchez at the helm is no walk in the park. But come on Rex, this is some high school level of pettiness from you.
The team was not able to practice for two weeks leading up to the game, while Newton was going onto three weeks and we still were somehow in the game at the end. It just seems a little ridiculous to call the Pats "scary" or a "disaster" considering the circumstances.
He had a 4-11 record against Bill Belichick coached Patriot teams and used 1/2 of the teams in the AFC east to even obtain that. Just based off that alone this doesn't surprise me coming from Rex. I guess those who can't do on the field, just hate from the analyst room.
The Pats will look to rebound today at home against the San Fransisco 49ers.