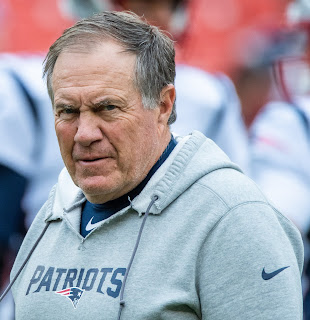 In a post game interview, quarterback Cam Newton was asked about New England's ability to impose it's will upfront, a massive strategy that paved the way to a Sunday night victory over the Ravens.
“Listen, everything that coach (Belichick) coaches throughout the week, it tends to come up,” Newton said. “I’m beginning to think he either has a Staples easy button or a Buffalo Wild Wings button or just a straight, direct line to the football gods, because he’s like a football whisperer when it comes to anticipating what the game’s going to be like, how we need to win and things like that. I’m extremely impressed with that.”
This isn't anything new to Patriot fans, who have seen Bill work his magic and gameplan for teams to perfection over his 20+ year tenure with the Patriots. But it is pretty exciting and funny to see Cam's reaction to it, after the Patriots biggest and cleanest win of the season so far.
Twitter and Instagram @NickRufo21