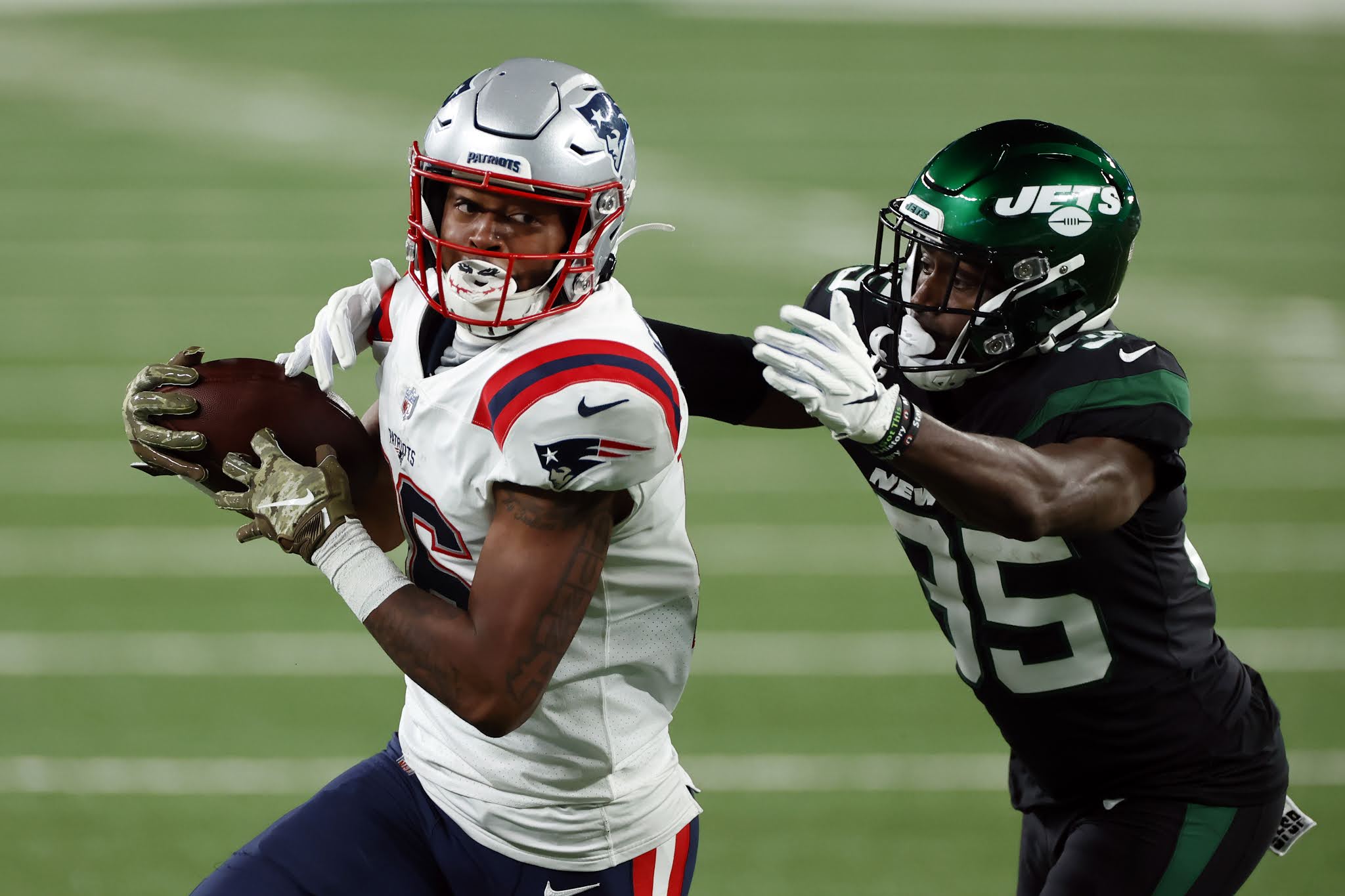 (AP Photo/Adam Hunger)
Not only did Jakobi Meyers celebrate his 24th birthday on Monday, he put himself up in the Patriots' record books as well.
The receiving group in New England has been drained by injuries this year, as Julian Edelman was placed on IR and N'Keal Harry has been battling a through a concussion, but this has only opened up the opportunities for Meyers in his second year.
In the thriller win over the Jets, Meyers hauled in 12 of 14 targets for 169 yards on the night. One of these catches also just happened to be the one that set up the game winning field goal by Nick Folk.
Meyers reflected on his big night in his post-game interview: “It was a fun game, I’m not going to lie. It was just fun to be out there with the team. I just enjoyed every moment of it.”
169 receiving yards clocks in at 13th in Patriot team history and 9th under the Belichick era, but catching 12 balls for that many yards adds him to a much more distinct list:
Wes Welker, 2011 (16-217-2)
Wes Welker, 2009 (15-192-0)
Troy Brown, 2002 (16-176-1)
Jakobi Meyers, Monday night (12-169-0)
N'Keal Harry could be returning as early as this weekend against the Ravens, but regardless of who is out there, Jakobi Meyers is making a legitimate case for being the teams top receiver.
Follow me on Twitter-@Tommy_Quigley
Click here for more content-nePatriotsLife.com