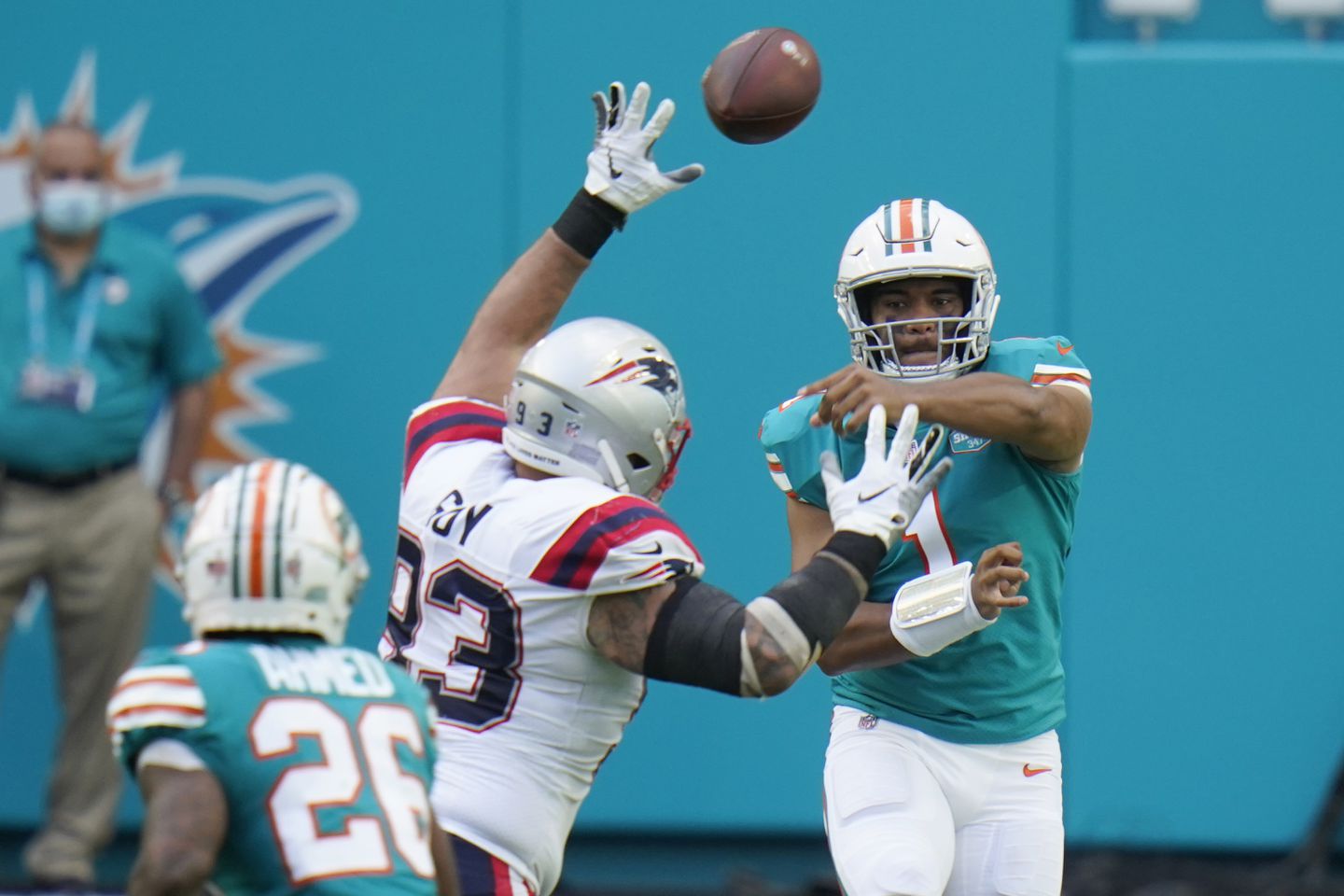 (Chris O'Meara/Associated Press)
Welp, there you have it folks. The New England Patriots up and down season has come to an end, as a 22-12 loss in Miami has officially eliminated them from playoff contention for the first time since 2008. While there was always hope that the coaching staff would find a way to make it work, the roster deficiencies and inexperience proved too great for this team.
Cam Newton finished the day going 17/27 for 209 yards and 9 carries for 38 on the ground, while Tua Tagovailoa went 20/26 for 145 and a redzone interception. The running game continued to be a rough point for the New England defense, as Salvon Ahmed had 122 yards and a TD on the ground.
There are still 2 games to be played in the 2020 season against the Bills and Jets, so we'll just have to wait and see if the coaches decide to just ride it out with Cam, or give backup Jarret Stidham some starter action.
The Patriot defense had some tough injuries as well, as Stephon Gilmore went down with a painful knee injury and Ja'Whaun Bentley left early with an arm injury.
There were some bright spots on the roster this season, but for the first time in awhile, the Patriots will be spectators heading into the 2020 playoffs, looking to have a big bounce back year in 2021.
The 6-8 Patriots will be taking on the red hot Buffalo Bills next Monday night at 8:15, so we'll see if they come out with any new roster packages, but until then, pour one out for the boys, they competed their asses off this year in a season that was unlike any other, so reflect on the good times and hope for more down the road. Onward.
Follow me on Twitter-@Tommy_Quigley
Click here for more content-nePatriotsLife.com