Why the Patriots should run it back with Cam Newton 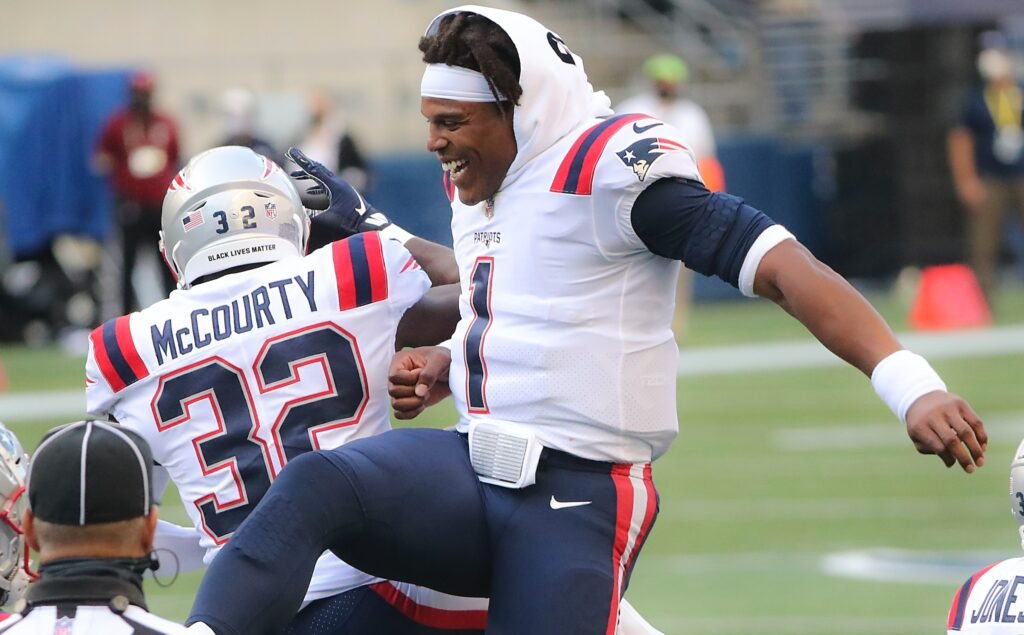 (Theathletic.com)
Alright I'll just come right out of the gate and say it: Cam Newton was a not a good quarterback last season, not by any stretch. While he made some very 2015 type Newton plays, he was a big reason why the Patriots had the season that they did. Now that that is out of the way, I'm going to spend the rest of this post trying to convince you why New England should re-sign Cam to a one, heck dare I even say it, maybe TWO year contract.
I know what you're thinking, with all the horribly underthrown balls, bad interceptions and missing wide open guys down field why, on earth would they consider signing this guy? Well for a lot of reasons actually.
First off, it all comes down to timing, which is everything when it comes down to free agency. We've all heard the rumors of Deshaun Watson, Matthew Stafford, Russel Wilson and Jimmy G, coming to New England, but quite frankly the Patriots just don't have enough in their arsenal to create a trade package or be appealing enough for a high quality player to even want to come here. With those names likely off the board, that leaves you with the likes of Marcus Mariota, Ryan Fitzpatrick, Alex Smith and Cam Newton.
I'm not going to sit here and pretend that any of those options are the future, but why not bring back the guy who has already had a year in the system despite how shaky it was? The Patriots were ravaged by Covid-19 opt outs last offseason including some very big names, all of which are reportedly returning next season. With the return of Dont'a Hightower and Patrick Chung, that instantly makes the defense a much better unit than that of 2020. Defense wasn't the main problem last season, but given the star power it is getting back, that can provide more opportunities for a struggling offense to find its form.
In order for the Patriots to have success, they need more offensive weapons, regardless of who will be under center at QB. While I still have the Patriots selecting a quarterback in the first round of the draft, they need an enticing option at QB to bring in some big name free agents for the future (Draft and free agent speculation posts coming soon). Jarrett Stidham clearly doesn't appear to be the guy yet or at all, so why would notable receivers or tight ends want to come to a team that doesn't seem to be sold on their quarterback? While Cam had a tough season, it at least shows a more clear sign of direction and Cam certainly brings offers more of an enticing option than most QBs currently available.
Finally, it comes down to completely different circumstances compared to last season. The Patriots brought in Newton pretty late into the Summer, so he didn't have the benefit of a full offseason and training camp to cement himself in the system. Additionally, it was the year of unprecedented times, so with players opting in and out, limited to sometimes no practices at all and the fact that Cam actually got Covid, these factors all certainly played a role in his struggles.
So to summarize my rant here, regardless of which veteran comes in as the Patriots QB, I believe that they will only be a bridge guy for a rookie in the upcoming draft or a potential trade down the road. Cam Newton surprised a lot of us with his maturity and leadership in 2020, so if New England can supply him with a full offseason and better weapons, I feel that Cam would be the best available option for the Patriots for the next year or two.
Agree or disagree? leave those comments below and we'll continue grinding through to free agency.
Follow me on Twitter-@Tommy_Quigley
Click here for more content-nePatriotsLife.com