How the Patriots could, do dare I say it? Win on Sunday! 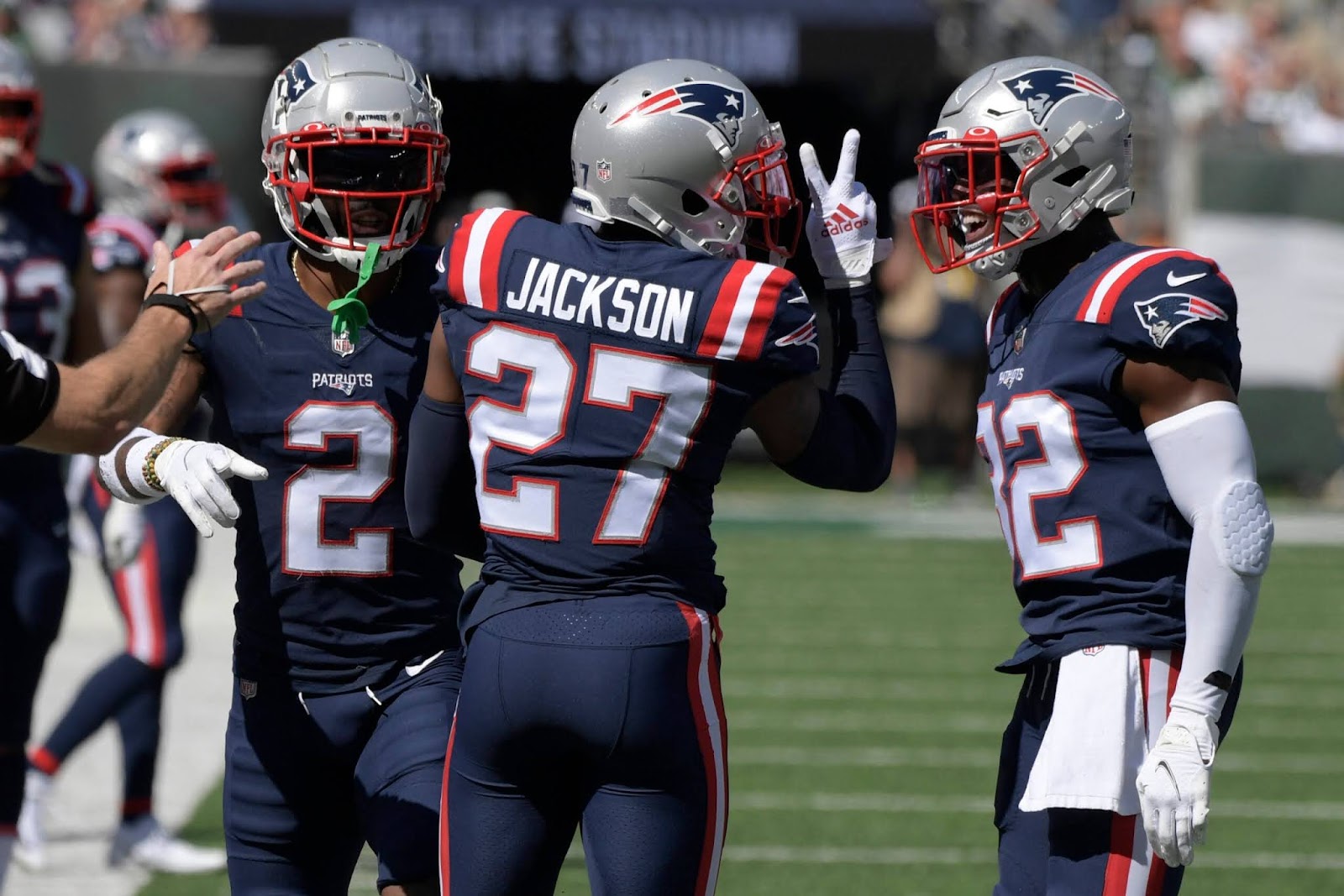 (AP Photo/Bill Kostroun)
Ok I get it, you're sick of hearing about Brady vs Bill and the return of the GOAT in Gillette. I'm sick of it too but I would be doing this blog a disservice if I at least didn't do ONE post about it. Let me just get this part out of the way: I know that there's like a 98% chance the Pats will lose this game, but the sick delusional fan part of my brain is really holding on to that 2% chance. The Bucs are overall a much more put together and experienced team, while the Patriots are still trying to figure out their identity.
So how in any way could the Patriots win this game? By getting after the quarterback and playing mistake free football. A lot easier blogged than done sure, but it's still very doable. Lets face it, the Pats looked awful last week against the Saints. No pass protection, costly penalties and getting slammed on time of possession. This will be one of the most simple and overused solutions in football, but the Patriots need to pound the damn rock and establish this run game we've been hearing about.
I'm not sure what the game plan was last week, but Mac came out throwing deep balls and running all over the pocket, and the offense never gained a first down until the second quarter. While Tampa has a very strong defensive front, Mac Jones won't have a chance at all to move the ball if he's dropping back and getting killed every play. Having only 11 designed runs last week is just setting yourself up for failure and will result in a worse outcome this Sunday night. If you can at the very least make the run game presence known, this can set up for more productive play-action plays and quicker routes to give the receivers just a little bit of separation from this banged up Tampa secondary.
As for the defensive side of the ball, you never want this to happen, but the Tampa is pretty banged up. Giovani Bernard, who had 10 targets come his way last week is out with a knee injury and unfortunately, Rob Gronkowski will not be making his homecoming as he still deals with a rib injury. So right away you already have two safety nets being taken away, and Tampa has not had much efficiency running the ball to any degree thus far. If Tampa comes out the way they have in the first three weeks of the season, the Patriot front seven needs to put a lot of pressure on Brady. For two decades we've watched Brady pick apart defenses with quick and short passes, but if a team ever got consistent pressure, the offense would struggle.
While they're still gelling and figuring themselves out, the front seven for New England has been pretty effective at forcing pressure and getting sacks. The absence of Stephon Gilmore has been felt immensely in the secondary, but if pressure can be applied quick enough, it should be enough for Tampa to run up the score.
So again, I still expect Tampa to come away with a win on Sunday night, but I don't think it will be a massive blowout. While Mac Jones has been impressive, the team will need to rely heavily on their defensive unit to get the job done. If the Patriots can win or at least get even with time of possession and make life very difficult for Tom Brady, I do have faith in our rookie QB to lead his team to get into position enough to win.