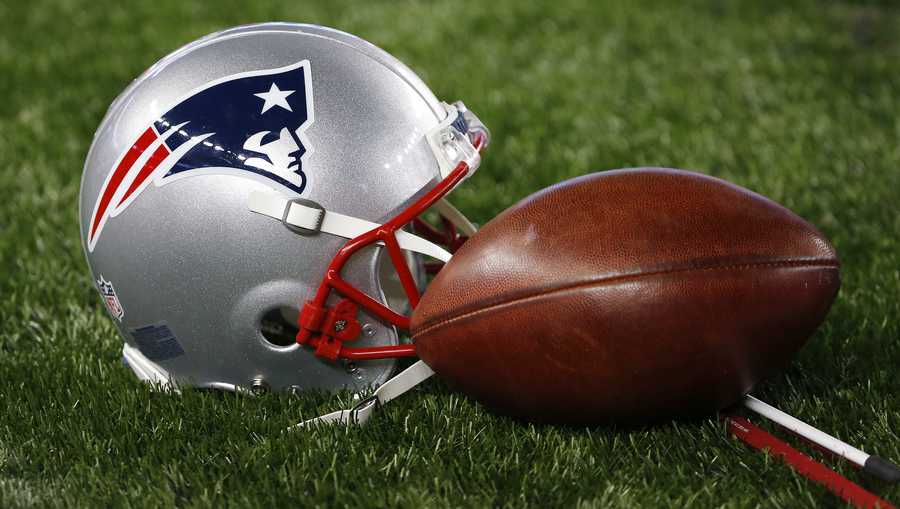 The 2022 NFL Draft is in the rearview and the Patriots’ selections have been dissected every which way. At this point of the offseason, we can either look forward or look to the past. Looking ahead, most Massachusetts sports betting apps have the New England Patriots win total set at 8.5. They’re also a distant second to the Buffalo Bills in terms of odds to win the AFC East. Maybe it’s better to think happy thoughts and take a trip down memory lane with a look at the 5 best Patriots draft picks of all time.

A little primer before we jump into it: the guys at the top of the list have all brought at least one Super Bowl to New England - happy thoughts, remember? When making these kinds of lists, especially only going five deep, there’s bound to be omissions that seem crazy. Let’s dive in.

The dude was a seventh-round pick in the 2009 draft. On top of that, he had just one collegiate reception for a whopping 11 yards. Why? He played quarterback at Kent State. It’s crazy to think that Edelman ranks top four in targets, receptions, and yards in Patriots history when he wasn’t even a full-time contributor on offense until 2013. Edelman’s contributions in the postseason cannot go unrecognized. His 118 receptions and 1,442 receiving yards in the playoffs are both good enough for second all-time in the NFL, behind legend Jerry Rice. He also received Super Bowl LIII MVP honors, in a game where he made one of the craziest catches we’ll ever see.

When someone is drafted sixth-overall, they’re expected to be difference makers and high-impact players. Richard Seymour was all that and then some. A three-time Super Bowl champ, Seymour was also a seven-time Pro Bowler (five with New England), and three-time All-Pro. While many players struggle when teams decide to switch systems, it had no impact on the Georgia Bulldog alum. Whether playing in a 4-3 or a 3-4, Seymour was a defensive force. The 64 tackles for loss Seymour racked up during his time with New England ranks second all-time in franchise history. After spending four years on the ballot, Richard Seymour will be heading to Canton, Ohio this summer to be officially inducted into the Pro Football Hall of Fame.

Super Bowl XXVI pick six. We could probably move on to the next name on the list, but we’ll give Ty Law some more love. Potentially one of the biggest Super Bowl MVP snubs, Ty Law helped deliver the first Super Bowl victory for the New England Patriots. Law was not only a great cover corner but he was also a thumper when it came time to lower his shoulders and make tackles. Law’s 36 interceptions are tied for the most picks in franchise history and his 537 tackles are tied for fourth most.

Four Super Bowl rings. Five Pro Bowls. Four All-Pros. Whenever Gronk decides to actually retire, for real, he’ll go down as one of the best to ever do it at tight end. In his prime, Gronkowski was borderline unstoppable. During his time with the Pats, his 521 receptions, 7,861 yards, and 79 touchdowns rank fifth, second, and first all-time in franchise history. While some of his playoff numbers have been compiled with Tampa Bay, he ranks fourth in receptions, third in yards, and second in touchdowns all time.

1.Tom Brady GOAT. What else can or needs to be said about Tom Brady? Taken 199th overall in the sixth-round of the 2000 NFL Draft, Brady holds several passing records that may never be touched again. For both the regular season and playoffs, you can find his name atop the leaderboard for completions, yards, and touchdowns. If Brady puts together two game winning drives this season, he’ll overtake Peyton Manning for that record, too. While he may have been hated while he was in New England, more and more non-Patriots fans are coming around to the fact Tom Brady will go down as not only the best quarterback, but the best NFL player of all-time.

Without diving too deep, there are a few additional names to tack on here that didn’t fall into the 5 best Patriots draft picks list.

Players with Super Bowl rings: Matt Light, Vince Wilfork, Tedy Bruschi, Troy Brown, Willie McGinest, Dont’a Hightower There could be another 15 names here and a several more articles. You don’t get to be a sports dynasty without constantly adding high-value players through the draft.

Players without a ring: John Hannah, Logan Mankins, Bruce Armstrong, Mike Haynes, Andre Tippet Hannah, Haynes, and Tippet all have busts in the Pro Football Hall of Fame. One thing that will never not leave me in awe is the fact Logan Mankins was never part of a Super Bowl team in New England. Mankins was with the Pats from 2005 through the 2013-2014 season. The team won the Super Bowl in the 2004-2005 and 2014-2015 seasons. Just brutal.