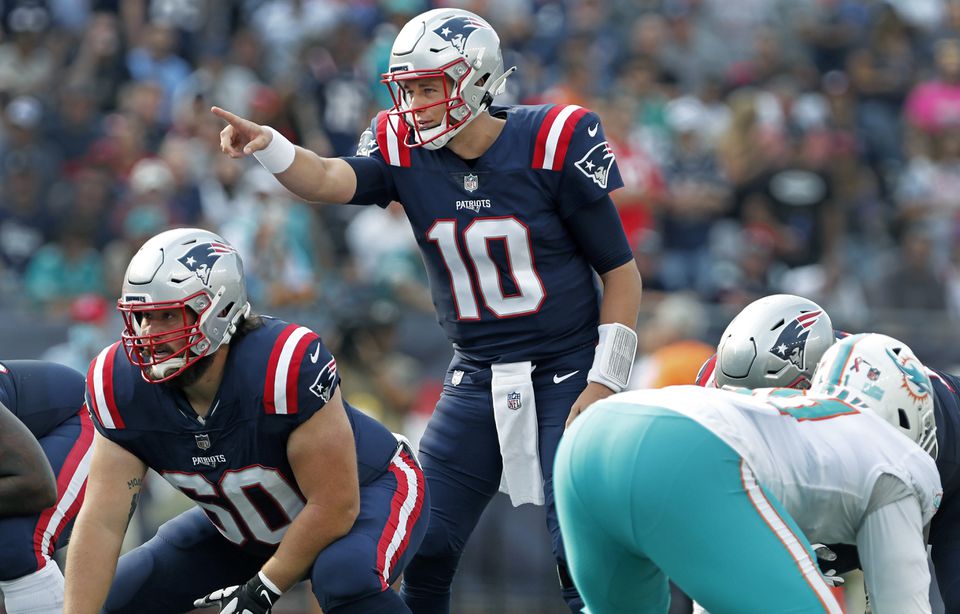 (Bostonglobe.com)
The Patriots continue the trend of struggling in Miami, as they drop a frustrating loss in the season opener losing 20-7. While they showed spurts of positive play, stalled out drives, missed plays and poor execution cost them the win today. It is only week one and there is certainly plenty to improve on moving forward, but this was no the way Bill Belichick and company wanted to start the 2022 campaign.
What started as a nice opening drive for the offense ended with a questionable no call pass interference on DeVante Parker which resulted in a Miami redzone interception. The defense played fairly well holding Miami to 20 points and getting some really good pressure on Tua, but overall the team just couldn't get it done today.
Mac Jones went 21/30 for 213 with a TD and INT, but had some throws where he just looked uncomfortable in the pocket. Damien Harris and Rhamondre Stevenson split the carriers evenly today with a combined 17 carries for 73 yards. Jakobi Meyers made the most flashy plays offensively and appears to be Macs number one receiver moving forward.
The Pats will now be gearing up to face the Pittsburgh Steelers next week as they try to get their season back on track after yet another disappointing loss down in Florida. Remember, it is only week one and they did show good signs of life today so stay positive! There's a lot of football left.