Marcus Jones delivers a walk off win against the Jets 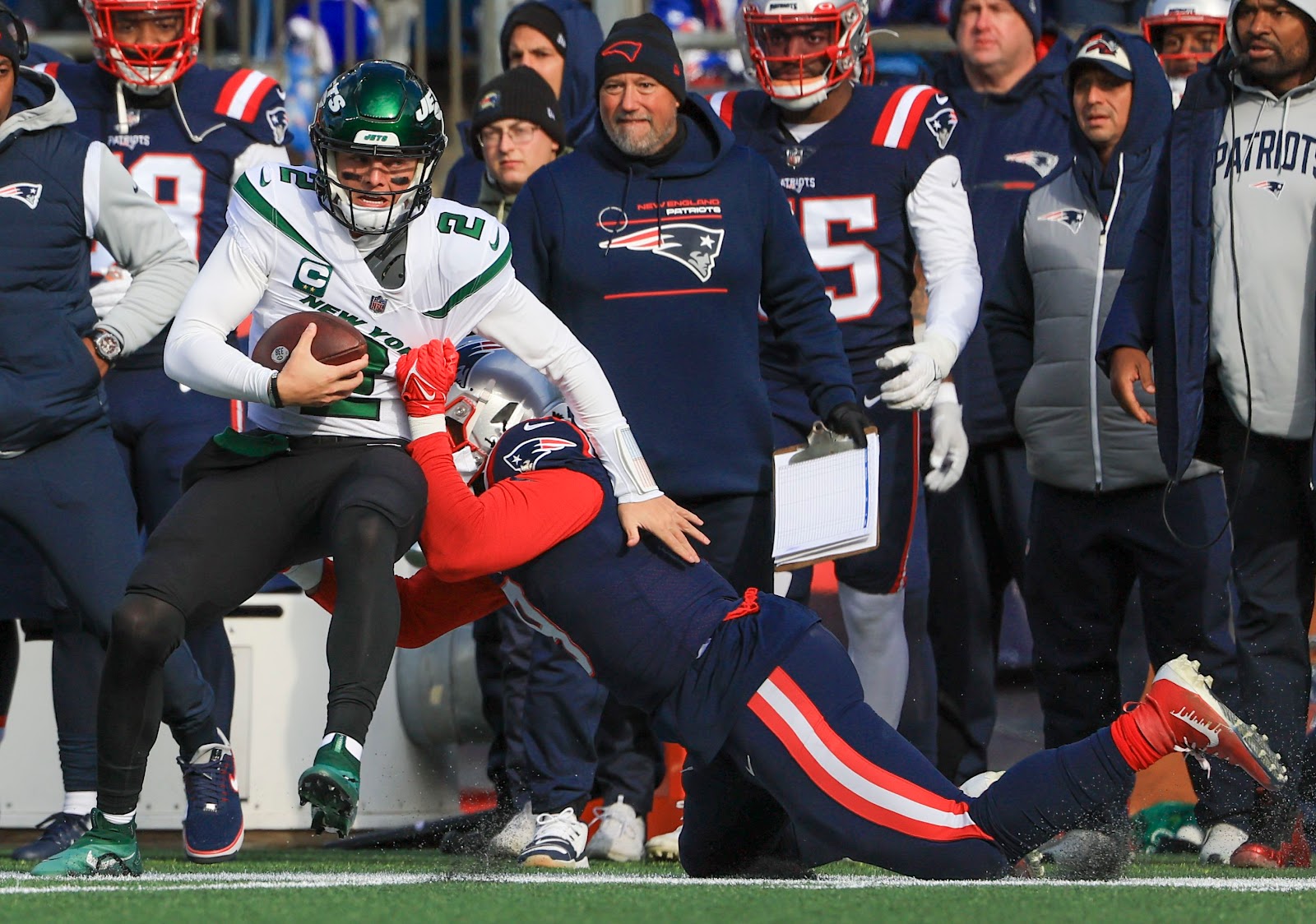 (BostonGlobe)
Well alright then. We all knew this game would be tough and a little ugly, but that was a wild afternoon of football. The Patriots and Jets and Matt Patricia got into a defensive dog fight on a chilly afternoon in Foxboro after grinding out a 10-3 win over the Jets. The Pats were set up with a tough task, facing a division rival twice in a 3 week span, but they delivered when they needed it. While the last 10 seconds of this game were extremely riveting, the rest of the game was brutal to watch. Both teams couldn't get any traction on offense, and the defensive units were dominant all day.
The Patriots defense stepped up in a huge way, allowing only 3 points and recording 4 sacks on the day. Judon continued to show his dominance, with 2 more sacks, adding to his already strong season. Zach Wilson gave some INT opportunities, but went clean on that side of the stat sheet, but only went 9/22 for 77 yards. The play of the game by far came when everyone thought this game was heading to OT, but Marcus Jones had other plans in mind. After missing a couple punts with an ankle injury, he came back in to deliver the knockout blow in a walk off return.
Now sit back as I rant for second. Oh. My. God. Matthew Patricia. How in the actual heck did anyone think this guy was fit for an offensive coaching job? There were so many times this game where play calls were extremely predictable, made no sense and just looked like they wanted Mac Jones to fail. The offensive line was banged up as well which reared its ugly head, as Mac Jones had just about zero seconds to set up anything at all. I'm no NFL coach and I don't have the slightest idea how to fix these problems, but man there is a lot to fix on the offensive side of the ball.
You know who wasn't the issue today? Mac Jones. Despite Patricia's best efforts, Mac had a very efficient day when given the opportunity, as he went 23/27 for 246 and no turnovers. I've always been an unbiased Mac Jones defender and while he certainty has had some bad plays, I feel this lies more on the coaching/offensive line side. Regardless of my rants and feelings, a win is a WIN especially a big division win against the Jets, now pushing them to 14 straight wins against New York. The Pats have a quick turnaround now, as they will be taking on the red hot Vikings on Thanksgiving night.
Have a great holiday and go Pats!