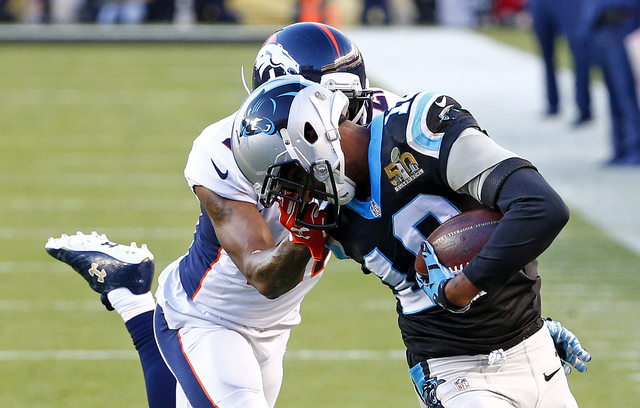 According to reports, Denver Broncos cornerback Aqib Talib has been fined $26,044 for the pair of personal foul penalties he was tagged with in Super Bowl 50 a week ago.

The first foul for jawing on the sideline with Panthers receiver Corey Brown was a bit ticky-tacky, but the second foul was far from borderline.

To prevent another Panthers wide out, Philly Brown, from reaching the pylon, Talib tracked him down, latched onto his facemask and then pulled that thing like a ripcord as the two spun out of bounds. It was as brutal and dangerous a facemask penalty as you'll ever see, and even before Talib admitted that he 100% did it on purpose, people were calling for the NFL to suspend Talib for a game or two in 2016.

Yet as we now see, the fines are all that'll stick for the former Patriots corner.