The Detroit Lions have released running back Joique Bell after 5 seasons with the team, his least productive season being the most recent one. In a season during which he dealt with multiple injuries, Bell gained just 311 yards on 90 carries with 4 touchdowns. This comes on the heels of 2 productive seasons in 2014 and 2013 when he was Detroit's lead back. This past season he was passed over for Ameer Adbullah and Theo Riddick.


Now a 29 year-old agent who has dealt with injuries, the demand for Bell's services in free agency will likely not be high. Let's take a look at Bell's player profile and his potential fit in New England. 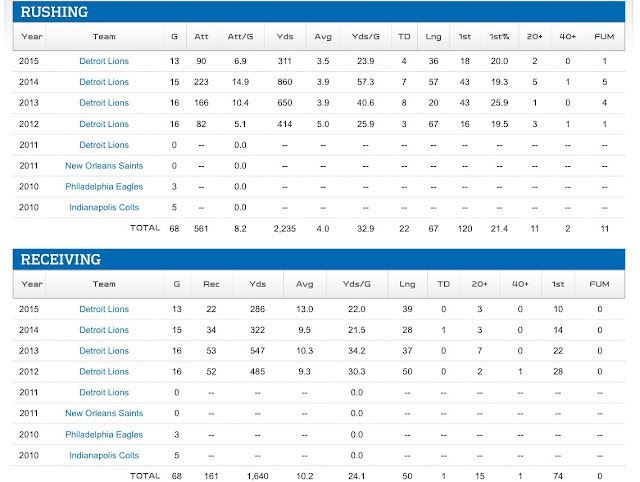 Evaluation: When healthy, Bell is a productive back who can both run and catch the ball. He has a similar size and build as LeGarrette Blount and Chris Ivory, who I wrote a free agent profile on yesterday. The big question is what he has left in the tank.

Potential Patriot? Given the fact the Patriots brought in Steven Jackson this past season in an attempt to bolster their running game, I could see the team kicking the tires on Bell. He will likely not command a high salary and could be worth a shot for a New England backfield currently filled with question marks. Likely the biggest factor to effect whether or not the team pursues someone like Bell is if they choose to re-sign LeGarrette Blount, who is also a free agent.