Source: Colin Kaepernick wants to play for the Jets 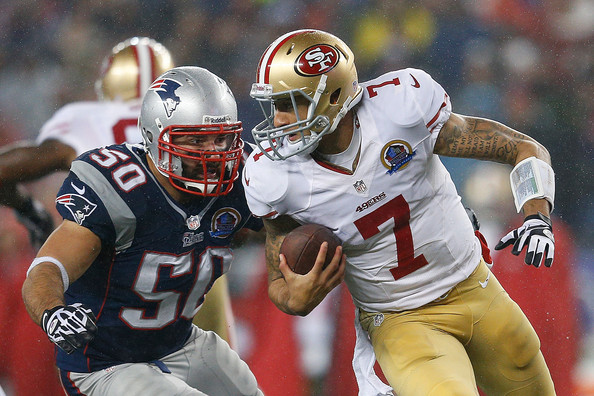 It appears Colin Kaepernick wants nothing to do with Chip Kelly in San Francisco. The 49ers quarterback reportedly wants out of the Bay Area, and wants to play for the New York Jets.

According to Manish Mehta of the New York Daily News, the Jets know of Kapernick's desire to play for them, but also want to re-sign Ryan Fitzpatrick. San Francisco could cut Kaepernick, but they'd have to do so before April 1. If they wait, his base salary of $11.9 would be fully guaranteed.

There's no indication of what the 49ers would ask for in a potential trade. Kaepernick would seemingly be an upgrade over Fitzpatrick if he can keep his head on straight. He's 28 and can make plays with both his throwing arm and his legs.

Fitzpatrick was seen as a stop-gap until the Jets found their quarterback of the future. They thought they had it in Geno Smith, but he clearly is not the guy in New York anymore. Kaepernick would also add playoff experience to a Jets team that hasn't seen the post-season since 2011. He led the 49ers to a Super Bowl appearance in 2012, his second season with the team.

This story may very well grow legs as the off-season progresses, as the Jets aren't married to the idea of signing Fitzpatrick, and the Niners are probably going to have to do something about their embattled quarterback.