Trio of Broncos fined for violations in 2016 AFC Championship Game 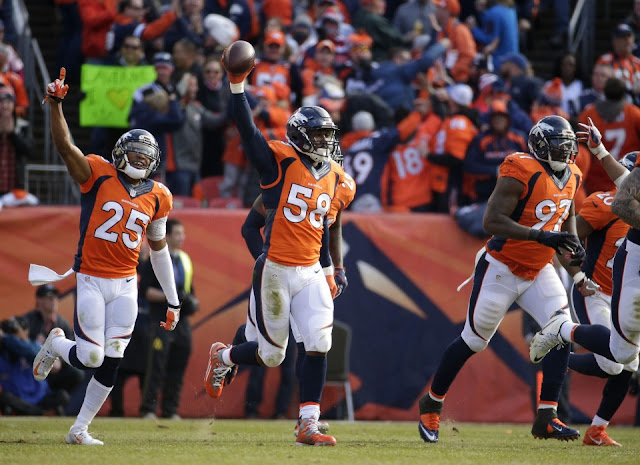 The NFL announced yesterday that three Denver Broncos defensive players were fined for violations in their 20-18 win over the Pats two weeks ago in the AFC Title Game.

Linebacker Von Miller, safety T.J. Ward and safety Shiloh Keo were each fined $23,152 for their respective infractions. Ward was fined for spearing on Julian Edelman, Keo was fined for the late hit he delivered on Brandon Bolden, and Miller was pinched for a sack celebration dance that would've made Key & Peele proud.

Each player will be in the lineup for Denver tonight in Super Bowl 50, as the Broncos look to take down Cam Newton and the Carolina Panthers on the game's biggest stage in Santa Clara.