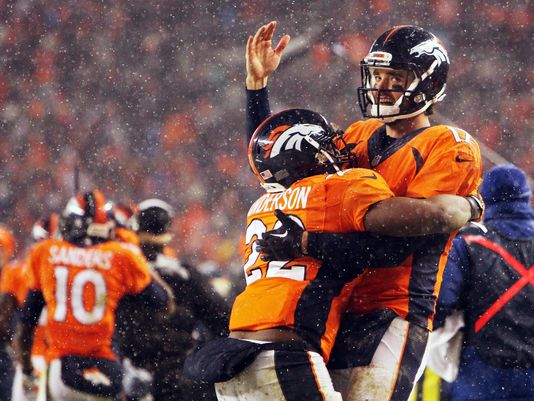 Who the defending Super Bowl champions will open their season with behind center remains a mystery.

Just after future Hall of Famer Peyton Manning announced his retirement, his backup, Brock Osweiler, has now left Denver to sign with the Houston Texans.

I'm told QB Brock Osweiler has agreed to a deal in principle with the Houston #Texans.
— Rand Getlin (@Rand_Getlin) March 9, 2016


The four-year Quarterback spent his entire career backing up Peyton Manning in Denver, before the veteran began to struggle last season. Osweiler started seven games last year, helping lead the Broncos to a No. 1 seed in the AFC. The team mostly rode their historically great defense to a Super Bowl berth. Though Manning replaced Osweiler at the end of the season and into the playoffs, his impact was minute.


It remains to be seen how the Broncos will fill the QB void, but if last season proved anything, this is a team that can win a championship even without an effective quarterback. Certainly a rarity in today's NFL.