Bruce Arians believes Jonathan Cooper is 'a heck of a player' 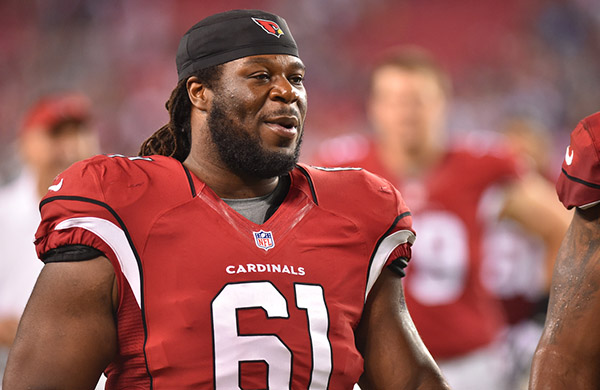 Patriots guard Jonathan Cooper was acquired in a trade with the Arizona Cardinals in exchange for Chandler Jones, and many Patriots fans had never heard of Cooper until the trade went down.

This is understandable, as Cooper has missed a ton of time throughout his pro career due to injuries. The hope around the Patriots is that a change of scenery and the ability to work with offensive lines coach Dante Scarnecchia will help Cooper reach his potential.

Cardinals head coach Bruce Arians, for one, thinks the Patriots are getting a great player in Cooper.

"He's still the athlete that we drafted," Arians said, via the Patriots' official website. "He was in a spread zone scheme (in college). And it was so much to learn as a young offensive lineman in the NFL. Putting the weight back on was one. Strength issues. Then the bad luck of one leg injury after another, but I still think he's going to be one heck of a player."

Cooper has received a ton of praise throughout his career dating back to his college days. Before he suffered injuries in 2013 and 2014, he was lauded for his athleticism, quickness and toughness. Cooper will look to bolster an offensive line that was one of the worst in the league last year, but one that has the potential to be very good this coming season.