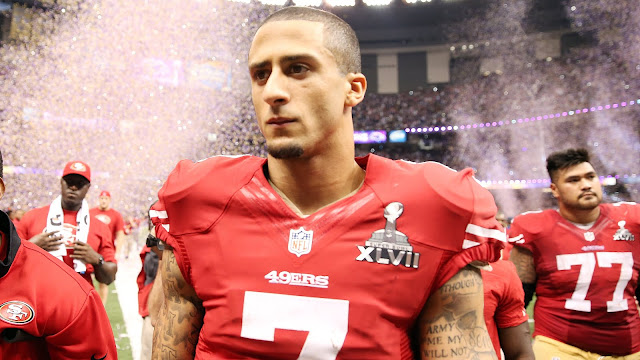 It appears the New York Jets have crossed 49ers quarterback Colin Kaepernick off their wishlist.

The Jets are searching for a quarterback this offseason after they decided not to bring back Ryan Fitzpatrick due to his asking price. The list of free agent quarterbacks are not good and just got even worse after Robert Griffin III signed with the Browns (and that's really saying something).

As of now, the job would most likely be Geno Smith's to lose. However, he's been so erratic in his three seasons in the league that the Jets want someone more experienced to lead them to a playoff spot. Kaepernick is one of the more notable and (I guess) established quarterbacks potentially available, so the guess here is that the 49ers are asking for a lot more than the Jets can give them.