Robert Kraft on concussions: life lessons from playing football are worth the risk 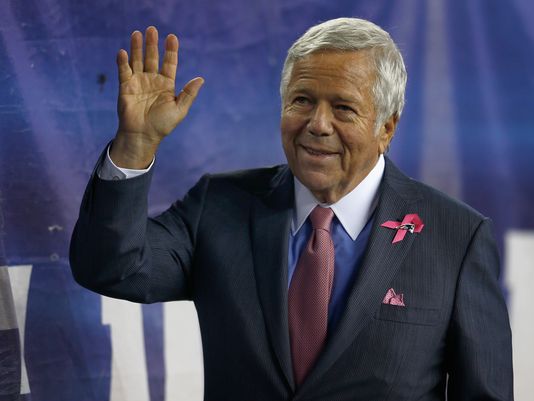 The issue of concussions in the NFL is a subject that has dominated headlines for years. The subject again came into the spotlight earlier this week when The New York Times published a piece that touched on flaws in the league's concussion research.

Patriots owner Robert Kraft, while attending an event at the Seaport World Trade Center last night, had this to say about concussions in the league:

Asked if he had seen the report, Kraft replied, "Have you seen the NFL's reaction to that?"

"I'll just say this," Kraft continued, "any contact sport, whether it's women's soccer, hockey or football, there are going to be concussions. I'll tell you this, that I think the game has never been safer from an equipment point of view, from a medical point of view. I know I played, two of my sons played, my three grandsons play so we have three generations playing the game, and I think the life lessons that you get playing football are worth the risk."

Kraft's initial response is in reference to the two statements the league put out this week refuting the report by the Times.

When Kraft was being pressed about the issue, he quickly deflected the questions, saying that he was focused on the event he was present for.