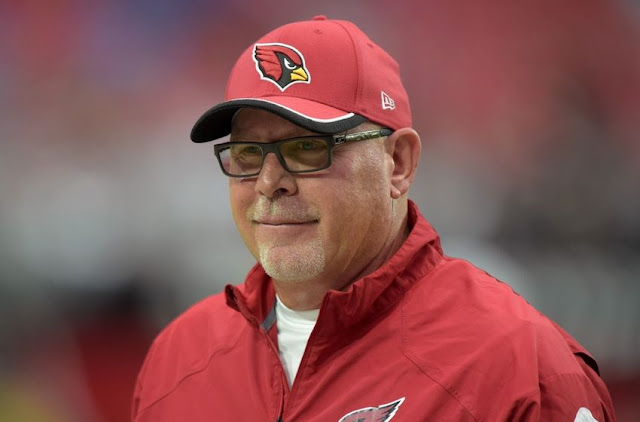 Chandler Jones is now a member of the Arizona Cardinals, and it started with a phone call by Bill Belichick to Cardinals general manager Steve Keim. While there was speculation that Jones could be dealt some time before the season, the trade was still a bit of a shock.

Cardinals head coach Bruce Arians was apparently shocked too, according to Jeff Howe of The Boston Herald.

"I was shocked," Cardinals coach Bruce Arians said this morning from the Boca Raton Resort. "(General manager) Steve Keim did an unbelievable job working with them and finding the right fit in the trade. We went into the offseason wanting to improve our pass rush. Free agency wasn’t what we were looking at as far as dollars for certain guys. That cured us for a long time. They got something they needed. We got something we needed. I think it was a great trade for both sides."


Jones is a free agent after the 2016-2017 season, but Arians believes Arizona will be able to keep him longer than this year.

"Steve and (director of football administration) Mike (Disner) do such a great job with our cap knowing the next three or four years where we’re going to be," Arians said. "When he hits free agency, we’ll have the dollars to make sure he stays."


The Patriots will travel to Arizona next season to play the Cardinals. Date and time is TBD.