Mohamed Sanu was never going to come to New England 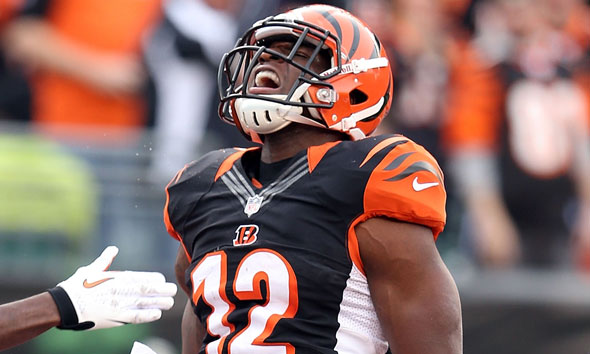 The Patriots were targeting Mohamed Sanu until he signed with the Falcons last week. With the money Atlanta gave him, there was no way he was ever going to come to New England. Sanu's deal with the Falcons is for five years and is worth $32.5 million. $14 million is guaranteed.

Sanu was scheduled to visit the Patriots after his Falcons visit, but they were never going to let him leave without signing a contract. With the departure of long-time receiver Roddy White, the Falcons had an opening and needed Sanu.

You can't fault a football player for taking as much money as he can get. The average NFL career is between three and four years. Even so, the Falcons massively overpaid for a No. 3 receiver, maybe a No. 2 on some teams at best. That's the way the wide receiver market has been to this point. With Marvin Jones getting $8 million from the Lions, Sanu was going to get a contract similar to that simply because he was one of the better receivers on a very thin free agent market.

Julian Edelman is the highest paid receiver on the team at $4.25 million and is better than Sanu, so there is no reason for the Patriots to overpay for a player that isn't as good.

Sanu only caught 33 passes for 394 yards last season. However, to his credit, he did have a solid 2014-15 season in which he caught 56 passes for 790 yards and five scores. That's the receiver the Falcons hope they're getting.

Despite that, those numbers don't scream $32.5 million to Bill Belichick. Had he paid Sanu that type of money, there's always a chance it could have created some derision in the locker room between the other wide receivers who may feel they should be paid more.

In no way am I saying Edelman, Danny Amendola or others have egos. I'm saying that if you have to pay that kind of money for Sanu, you need to be prepared for the possibility of having other players come to you about wanting a raise.

Luckily, the Patriots were able to get Chris Hogan within their $4 million price range, and he should help the offense by being a diverse threat. The Patriots have also expressed interest in other free agent receivers, so Hogan may not be the only one they sign.

I, like many Patriots fans, would have liked to see Sanu in New England, but not for the type of money Atlanta paid. It's not known whether or not he would've taken less to sign with the Pats and chase a Super Bowl title, but again, he shouldn't be blamed for cashing in.