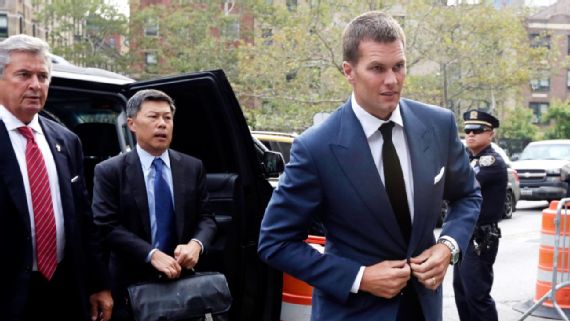 Tom Brady's legal team didn't have a great day in court last week, and now some believe he may be forced to sit out the first four games of the 2016 regular season.

Brady's camp went up against the NFL in the 2nd Circuit U.S. Court of Appeals last Thursday in a hearing to have Judge Richard M. Berman's decision to vacate Brady's four-game suspension overturned.

Jesse Reed of Sportsnaut.com cited an excerpt from a Boston Globe article by Ben Volin:

“Between the Patriots dropping Brady’s base salaries to $1 million the next two seasons, and the release on Friday of an 8,000-word opus debunking the top 15 myths about Deflategate on ‘The Wells Report In Context,’ the Patriots sure seem like a team that is bracing for Brady to lose the appeal and serve his four-game suspension.”


Despite a rough outing from his legal team, there are suspicions that the NFL lied about Brady's honesty during the appeal, which could swing a ruling in favor of Brady. A decision isn't expected any time soon.