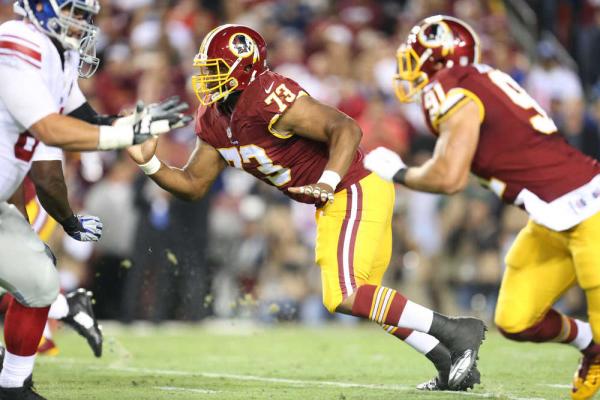 Apologies for being a few days late on this one.

The Patriots have signed former Washington Redskins defensive end Frank Kearse to an undisclosed contract. Kearse spent the last two seasons as a backup in Washington, and has also spent times with the Carolina Panthers and the Dallas Cowboys.

He was drafted in the seventh round of the 2011 NFL Draft by the Miami Dolphins out of Alabama A&M. Last season, Kearse played in four games and compiled four tackles and one sack.