Nate Ebner taking time off from football to train with U.S. rugby sevens 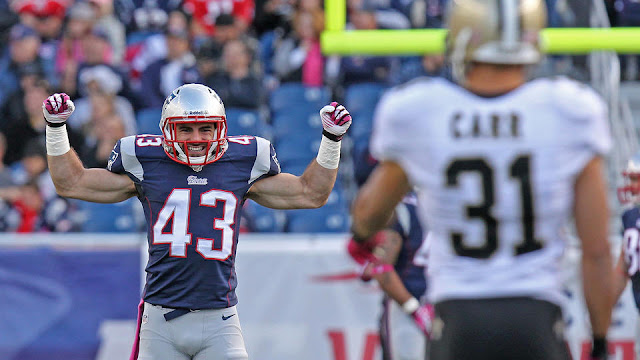 Patriots safety Nate Ebner is taking time off from football this offseason so he can train with the U.S. rugby sevens team, according to Joseph Alper of Pro Football Talk.

Ebner is going to try and make the team that'll compete in the Summer Olympics this August. Ebner, who didn't play football until his junior year at Ohio State, would rejoin the Patriots in mid-August if he doesn't make the team.

“Yeah, of course. I’m going to miss a few things that I don’t want to but at the end of the day it’s a really big opportunity for me,” Ebner said. “When it comes to my personal life it’s something that I don’t want to regret not trying to do, and I don’t know that if I didn’t try it that it wouldn’t have been something that I would’ve strongly regretted. At the end of the day I’m kind of living with no regrets and it’s something that was important to me and that’s really all that it took to think about for me to kind of make that decision.”


This will be the first time rugby sevens will be an Olympic event.