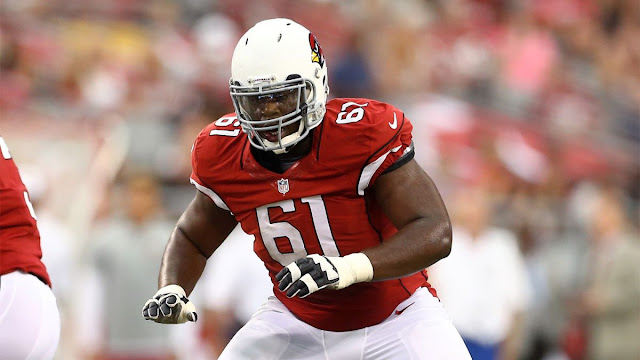 Yesterday, the Patriots traded defensive end Chandler Jones to the Arizona Cardinals for offensive guard Jonathan Cooper and the 61st pick in this year's NFL Draft.

So, who is he? He's 6' 2' and was drafted seventh overall in the 2013 draft. He played his college ball at North Carolina.

Throughout his three years in the league, he's dealt with various injuries. In his rookie season, he broke his fibula in the preseason and spent the year on injured reserve. In his second year, he suffered a wrist, knee and turf toe injury at different points.

He's made 11 starts in his three seasons and when healthy, has been effective. Cooper can be looked at as somewhat of a reclamation project. With Dante Scarnecchia returning as the offensive line coach, Cooper could greatly benefit from Scarnecchia's teachings.

He also adds depth to an offensive line that has some serious upside. With Tre Jackson and Shaq Mason in the fold, along with Bryan Stork, Nate Solder and Sebastian Vollmer, the offensive line will hopefully be better in 2016-2017 than it was this past season.