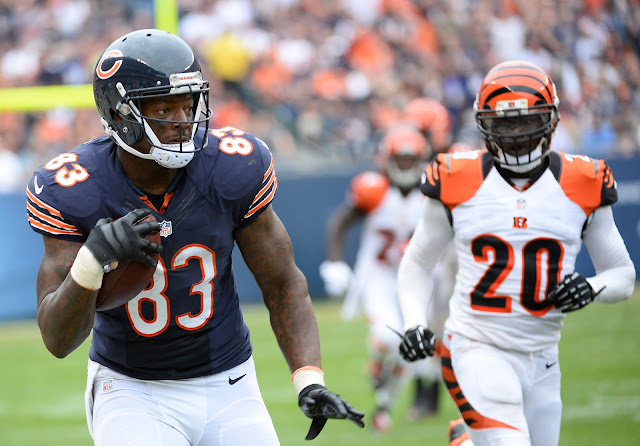 The Patriots have found a solid No. 2 tight end. The team has acquired Martellus Bennett and a sixth round pick from the Chicago Bears for a fourth round pick.

Bennett, who has scored 14 touchdowns in the last three seasons, gives the Patriots another solid offensive threat. His best statistical season came just two seasons ago.

Bennett is essentially Scott Chandler's replacement. It was thought that Chandler would give the Patriots the dual tight end threat they were missing since Aaron Hernandez was released and subsequently jailed, but Chandler never truly got things going and was released earlier in the offseason.

Bennett was taken in the second round of the 2008 NFL Draft by the Dallas Cowboys. For his career, he has 348 catches for 3,586 yards and 23 touchdowns.