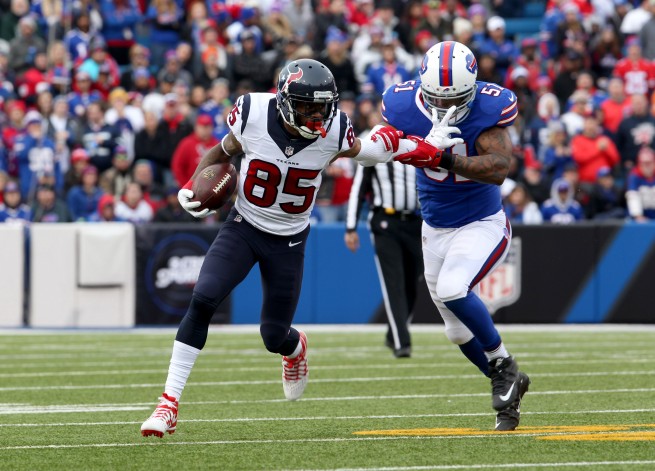 
The New England Patriots have signed free-agent wide receiver Nate Washington, the team announced Thursday. Terms of the deal were not immediately available.

The 11-year vet isn't a sure bet to make the roster, but he'll add a veteran presence to the receiver corps. Washington appeared in 14 games last season with Houston, hauling in 47 receptions for 658 yards and four touchdowns.