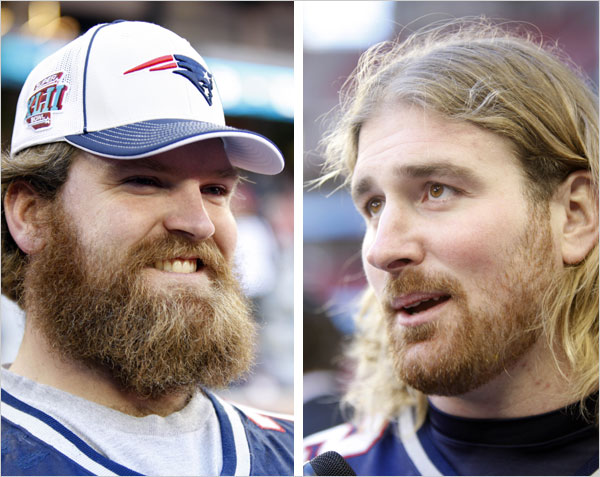 Scarnecchia will look to improve an offensive line that was one of the worst in the NFL last season. They allowed Tom Brady to be sacked 38 times after allowing just 21 sacks the previous year. However, many believe the Patriots have enough offensive line talent on the roster to drastically turn things around.

Two former Patriots' offensive linemen, Logan Mankins and Matt Light specifically, believe Scarnecchia will be able to turn that weakness into a strength.

Mark Daniels of The Providence Journal:

“Oh, it’ll mean a lot. He’s a very good coach,” said Mankins, who was in Foxboro on Friday for Light’s third annual Fools’ Night Out fundraiser. “[Scarnecchia will] just [bring] a demanding style, which he coaches with. He’ll always have his guys prepared and if they’re not prepared he’ll find someone that is prepared. That’s the best thing about Dante. Those young guys have a rude awakening coming. They have never had anyone like him. They better be in shape because he’s going to test you.”


“It’s hard to say you have an instant upgrade unless you go out and get a big free agent signing… I think this is as sure of a bet that you can ever make,” Light said. “You’ve got a guy in Dante who’s been around forever. They really need a guy like that. I tell people all the time, I wasn’t real excited how things ended and how the line went out there and just how we attacked Denver.”


The Patriots' offensive line also struggled at the beginning of their championship season in 2014, but were able to right the ship in more than enough time to win it all, but they were unable to overcome injuries to Nate Solder, Sebastian Vollmer and Bryan Stork, as well as inconsistent play from younger players such as Shaq Mason, Tre Jackson, Marcus Cannon and others.

Mankins and Light both mentioned how Scarnecchia is very quick to challenge his players and brings out the best in them. Light even went as far as saying that Scarnecchia will have last season's problems figured out quickly.

“Those young guys, they have no idea what they’re in for,” Light said. “They’re going to figure it out real quick.”