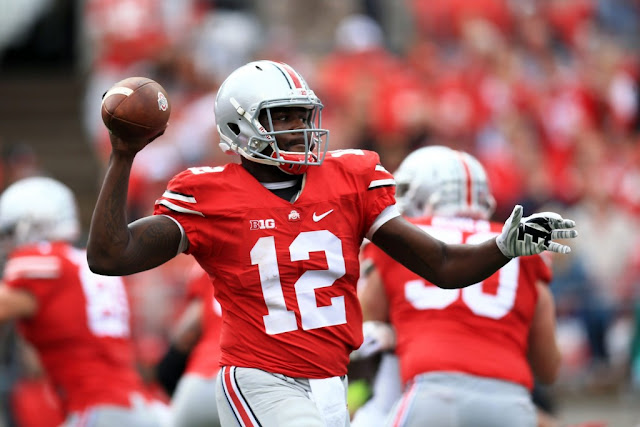 The Bills and Jets are still looking for their QB of the future, and both made moves during this year's NFL Draft looking to make that dream become a reality.

Yesterday, the New York Jets took Penn State quarterback Christian Hackenberg at No. 51 overall, marking the fourth year in a row that the Jets have drafted a QB. Last year they selected Bryce Petty out of Baylor at No. 103 overall, Tajh Boyd out of Clemson at No. 213 a year prior and Geno Smith at No. 39 overall in 2013.

Hackenberg's biggest weaknesses is his pocket awareness and accuracy, and the belief is that the Jets are going to take his development real slow and let him grow into the playbook and work on his mechanics through the entirety of the 2016 season. There's no sugarcoating how bad he is throwing the ball where it needs to be, as PFF labeled him the most inaccurate QB in the 2016 draft class by far.

#Jets plan to sit Christian Hackenberg, let him grow. They've believed in the player for a while. Expect a Ryan Fitzpatrick deal to be 1r
— Ian Rapoport (@RapSheet) April 30, 2016

Meanwhile, the Buffalo Bills selected Ohio State's Cardale Jones with the final pick in the fourth-round at No. 139 overall. Coming in at 6-foot-5, 253-pounds, Jones is a physical freak with a huge arm and an ability to make plays with his feet, which is aided by his considerable frame. However, he too will need to work on his accuracy and ability to read the field and identify defensive formations before taking over as the main man for Rex Ryan.

Other notable quarterback moves saw the Raiders trading up to select Michigan State's Connor Cook early in the fourth round at No. 100 overall, while the Cowboys took Mississippi State's Dak Prescott 35 picks later.