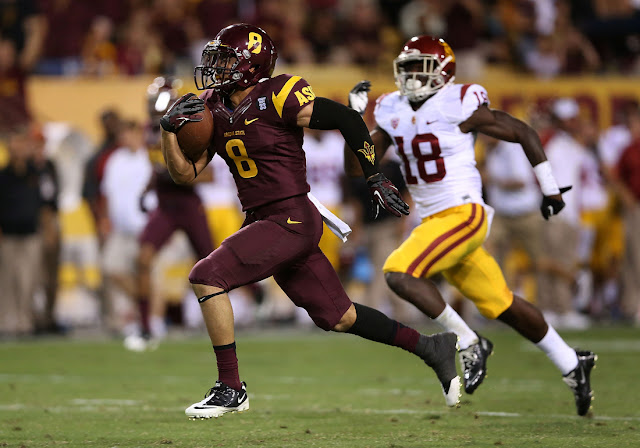 After selecting nine players across three days of the NFL Draft, the Patriots continued their talent-gathering process by signing nine undrafted free agents.

One of those players was Arizona State RB/WR DJ Foster, a player that not many anticipated falling all the way out of the draft entirely. He's a versatile player that switched from running back to wide receiver after three years with the Sun Devils, and he finished with 4,813 total yards from scrimmage and 32 touchdowns in four years in the desert.

A video was recorded of Foster informing his grandmother that he had locked-down a deal with the Patriots, and the footage is some incredibly touching stuff. For any young athlete hoping to become a professional, there's nothing like telling those closet to you that you're one step closer to seeing your dreams become a reality.