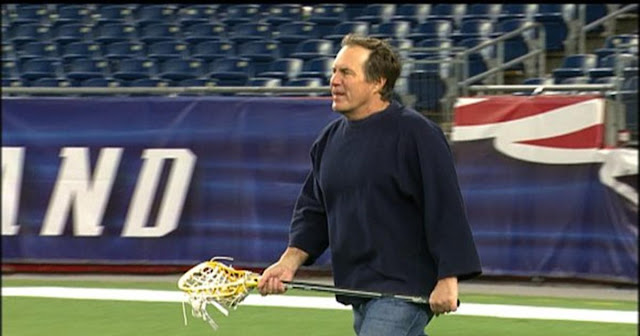 During an interview for a lacrosse magazine feature, Belichick was asked what position some of his notable Patriots players would play if they ever stepped on a lacrosse field.

"Put him in the goal," Belichick said playfully. "I mean, he can't dodge. Can't run."

"If I could teach him any stick work, I'd put him at crease attack. Let him clear out and just let him go to the goal."

The full interview is worth your time, even though pretty much none of it is about football. Belichick seemed very candid and conversational, which is a vibe he practically never gives off. You'll learn a lot about Belichick's lacrosse background and some other interesting things about him.

One interesting question that stood out to me was when he was asked if he'd ever coach lacrosse. Belichick claimed ignorance, saying he thinks the game has passed him by and he wouldn't know enough about how it works today to coach.