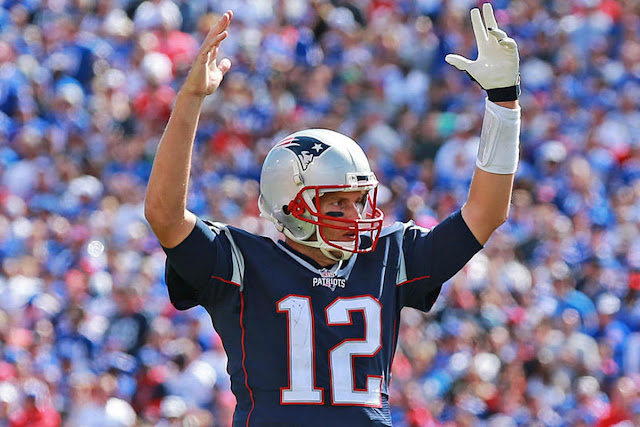 When it comes to concussions, Patriots quarterback Tom Brady has been lucky enough to avoid ever having one in his professional career. But the subject isn't lost on him. Speaking to ABC News, Brady touched on the issue, saying how important it is to know as much about them as possible.

"It’s a very important topic," New England Patriots quarterback Tom Brady told ABC News while he was in New York this week to promote Simmons' new mattress, Beautyrest Black. "If you are going to put yourself kind of in the line of fire, so to speak, you better educate yourself."


"I think there’s been more awareness from the general media on what CTE is, how it affects you, the long term ramifications of it," he added. "I think, as an athlete, you have to take all those things into consideration and try to be as proactive as you can. Gain information, then go through the proper protocols if you do get a concussion."


Much has also been made about Brady's diet, which is part of the reason he is still playing at an elite level at age 38. Brady's philosophy is a classic - quality over quantity.

"You'd hate to stop doing something you love to do cause of an injury," he said. "I’m someone that’s a proponent, yeah, keep doing what you love to do, but treat your body the right way and then you’ll be able to continue doing it.

"I believe quality over quantity, so play football and love doing that, then take good care of yourself and afterwards, hopefully try to live a great life," he added.


Brady recently released a nutrition manual that featured 89 recipes tailored specifically to his insane diet. Even at a $200 price tag, it sold out.

Apparently, it's so in-demand because of the content and because owners of the manual will have the opportunity to get more recipes in the future at no extra cost.