Cre'von LeBlanc's journey to the NFL is a heart-wrenching one 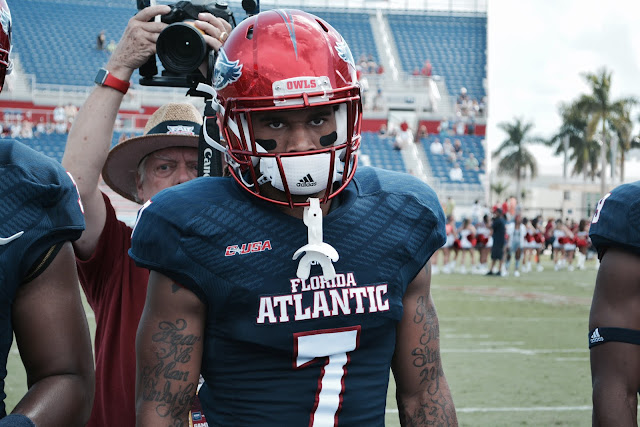 Undrafted rookie cornerback Cre'von LeBlanc is living out his dream of making it to the NFL with the Patriots. The path he took to get to this point, however, is one of many trials and tribulations. It's one that no one should have to go through. But if you're strong enough to survive like LeBlanc did, you'll feel like you can do anything.

You can read the inspirational piece here, but we'll highlight a few key excerpts from it below.

Side note: Lawanda is his mother, Craig Sr. is his father, and Craig Jr. is his older brother.

Lawanda’s pregnancy with her second son was rocked by a nightmare, as doctors feared a terrible outcome due to a medical complication. Her doctors recommended a termination because they believed Cre’von would be born with severe birth defects.


But the potential was numbed by pain on March 14, 2010, during Cre’Von’s sophomore year. The 15-year-old was in the backseat of his parents’ car as they drove to Orlando for Lawanda’s birthday when 44-year-old Craig Sr. died of a heart attack in the passenger seat. Cre’von’s hero was gone.


But LeBlanc’s journey wasn’t perfect. How could it be? The circumstances grew more challenging in 2011 when Craig Jr.’s short stint as a free man abruptly ended. He shot a man to death outside of a nightclub and was sentenced to life in 2014.


LeBlanc dedicated his junior season to his father, whom he honored by ripping up a patch of grass and wiping it across his chest. The highlight, as his coaches have continued to gush over, occurred when LeBlanc soared over a 6-foot-4 receiver to make a one-handed interception. Oh, and that hand was heavily wrapped to protect a hairline fracture.


LeBlanc planned to go to LSU before another issue arose during his senior year. He was among four Glades Central football players to get suspended for an alleged sexual encounter with a girl in a school bathroom. Despite an absence of any charges, LeBlanc’s college scholarships were pulled.


LeBlanc instead attended Florida Atlantic, which is essentially his hometown university. Most importantly, it kept him close with his support system, and he began to give back in his own way, as Bishop Ray noted LeBlanc’s “strong reputation” for community work. LeBlanc often visited with Grantlin or Moreland to train younger athletes or teach them about life, even some nights after his games at FAU. He also returned to Glades Central in 2013 to give a speech to that senior class during a sports awards banquet.