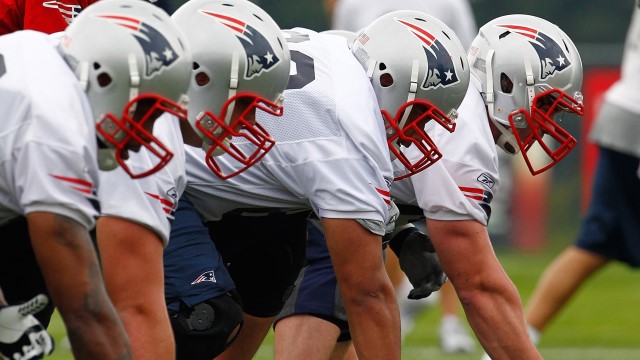 Today marked the first day of OTAs for the Patriots, and a few key pieces were missing. Rob Gronkowski and Malcolm Butler, Duron Harmon and Logan Ryan were all missing from the practice field, and the reasoning is unclear as of now.

However, many other key players were in attendance, such as Tom Brady and Martellus Bennett, and they both put on spectacular performances.


Biggest takeaway today: Martellus Bennett was phenomenal. Made some big catches, including a TD while jumping to reach over Chung.
— Jeff Howe (@jeffphowe) May 26, 2016

While OTAs aren't a good way to judge players, seeing Jimmy Garoppolo take more snaps than Brady and put up the numbers he did is nice to see. Because Brady's presence is once again in doubt for the first four games of the 2016 season, Garoppolo may get more first-team reps this time around.