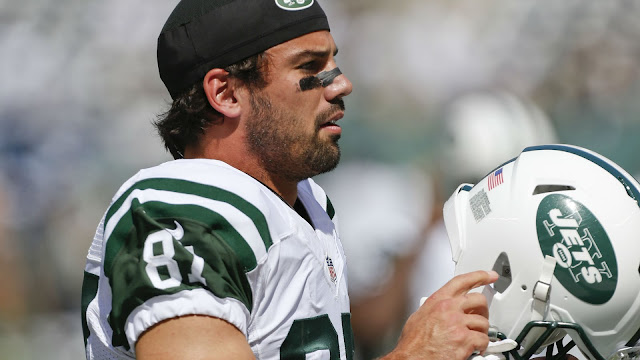 Jets wide receiver Eric Decker made a bold statement a couple of days ago when he said the AFC East is ripe for the taking this year as a result of Tom Brady's four-game suspension due to Deflategate.

"You gotta win your division games. With Brady being suspended four games, I think it makes the division up for grabs," Decker said this week on NFL Network's "Total Access" program from the league's annual Broadcast Bootcamp.


While that may not be the smartest thing to say given that Brady is only out for four games, it almost sounds like it's a compliment. In a way, Decker is saying no one else has a shot to compete in the division when Brady is under center. He's basically right, but there's no reason the Patriots still won't be able to be at the top if Brady does indeed miss the first four games of this season.

Not only that, but the Jets still don't have a competent quarterback. There are still major question marks in Buffalo and Miami as well. The Patriots are really the only stable franchise in the AFC East, and they have enough talent on both sides of the ball to be able to survive for the first month of the season without Brady.

There's also still a chance Brady can avoid a suspension all together in 2016, so that has to be considered when talking about the division as well. The deadline for Brady and his legal team to file for a rehearing with the U.S. Court of Appeals for the Second Circuit is today, so we'll soon learn whether or not Brady plans to continue to fight his suspension.