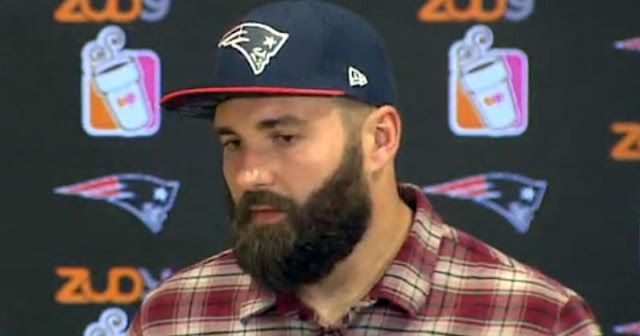 Rob Ninkovich is getting ready to enter his 11th season in the NFL, but he doesn't see it that way.

Ninkovich was drafted in the fifth round of the 2006 NFL Draft by the New Orleans Saints, but only played in a couple games before tearing his ACL and winding up with Miami a year later. He played sparingly with the Dolphins until he found a home in New England in 2009, where he's been a full-time contributor.

As a result of his career path, Ninkovich considers this his eighth season in the league.

"I subtract three years because I really didn’t play much in my first three," the 32-year-old Ninkovich explained with a smile. "I still feel good. It’s all about the production on the field, so I feel my production is still there and I’m still getting to the quarterback."


"I just needed the opportunity and I’m thankful that I was given the opportunity and from that point on it’s up to you to make the best of it," Ninkovich said Thursday in a moment of reflection. "So, from the first time I got here until whenever it ends I’m just going to continue to work hard and enjoy the moment because I know I can’t do it forever."


Ninkovich has also bonded with one of the newest members of the Patriots - Chris Long.

The two never really knew each other before Long joined the team, but Ninkovich said they've been pretty good friends ever since.

"When he signed, I reached out to him and said, 'Hey man, welcome.' Since then, we've kind of hit it off. He's a great guy," Ninkovich said Thursday at the team's offseason program. "It's fun when you can learn from other guys, other pros, and he's been doing it a long time as well."