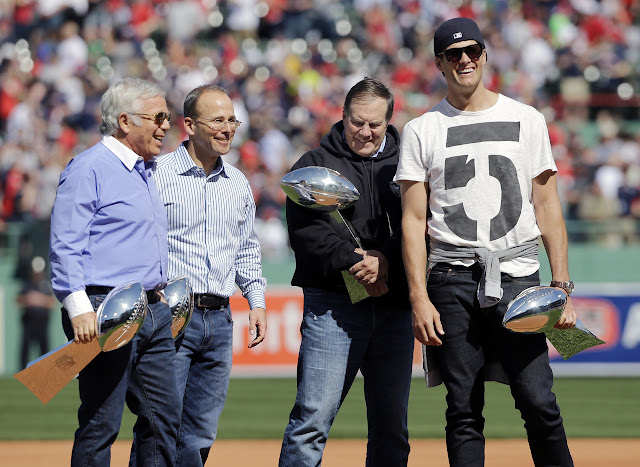 The Patriots have officially joined the legal fight against the NFL to once again get Tom Brady's four-game Deflategate suspension wiped out by filing an amicus curiae brief - a filing by a non-party to show support for a party involved with a particular case.

In this case, the Patriots are encouraging the U.S. Court of Appeals for the Second Circuit to rehear Brady's case. New England's argument is an obvious one - that the league never really sought the truth and were looking to find any reason to punish them for cheating.

By doing this, the Patriots become the first team to take legal action against the NFL since the Oakland Raiders nearly three decades ago.

Many wonder whether or not this filing by the Patriots will help Brady. While it seems kind of unlikely, given the extreme bias the Patriots undoubtedly have towards the matter, legal expert Michael McCann thinks there's a chance this filing could have some type of impact.


As I wrote on Monday, Brady faces very long odds in his pursuit of a rehearing, a rehearing en banc or any intervention by the Supreme Court. Even with this case’s star-studded set of attorneys, the odds of an additional hearing are very low. Amicus briefs, moreover, only have as much influence as judges see fit, since they cannot be filed by the parties in the appeal. The judges can ignore the amicus briefs or consider them meaningful—it’s entirely up to them.

Still, the 13 judges who are considering Brady’s petition probably will find it meaningful that the Patriots are openly criticizing the same disciplinary process that Brady and the NFLPA contend is unlawful. While most amicus briefs may play, at most, a minimal role in an appeal, one filed by a party that is technically a member of the opposing party should attract the judges’ attention. We’ll find out if it makes a difference.


McCann goes into detail about what the Patriots' filing means for Brady's case. You can read his full piece here.